There has been a growing need for high-quality camera sensors that could be used in industrial applications where high-pixel requirements eclipse the existing capacity of conventional image sensors. In pursuit of its desire to impact on the industrial equipment camera market, Sony is making a huge statement with the release of its CMOS image sensor which can be deployed in a number of important industrial applications, as it seeks to solve some of the existing problems encountered with filming on such a large scale. The IMX661 image sensor has a global shutter function and has the highest pixel count of 127.68 megapixels. 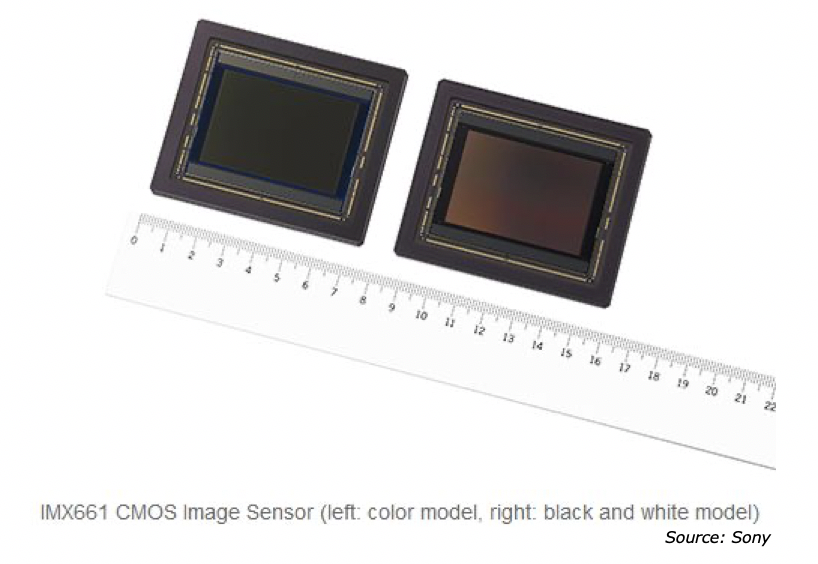 ​intervention by Sony into the industrial camera equipment space for greater efficiency is expected to produce some dramatic changes in the industry. With this new technology, coupled with its Pregius shutter pixel technology, Sony says, the IMX661 will enable high-speed image processing at a pace about four times faster than what obtains presently. The color, as well as the black and white version of the image sensor, is expected to begin shipment between April and May of 2021.

The image sensor is equipped with an array of signal processing functionalities that makes it an obvious choice in several industrial applications. The various functionalities make it possible for the device to be deployed to various high-speed and ordinarily difficult to access scenarios, with ease.

The CMOS image sensor IMX661 is clearly a reflection of the hard work and commitment of the research and development (R&D) unit of the Japanese electronics giant. Sony’s R&D unit performed greatly in conceptualizing and designing this innovative product that snugly fills the huge void currently existing in the complex world of industrial camera applications. The forecasts are bright that the IMX661 will be well received by the industry, as orders are being received and shipments will commence in April 2021.