Seoul Viosys and SSLEEC led by Nobel Prize-winning physics Professor Shuji Nakamura, of University of California, Santa Barbara (UCSB) are mass-producing products (MC04, MC02) 70 μm red micro LED 30 μm one-pixel Micro LED products in the second half of 2021 and 10 μm one-pixel Micro LED products in 2022. The also is developing blue and green micro LEDs with 1 μm diameter and addressed issues related to red micro LEDs of less than 70 μm, which could not be mass-produced due to a decrease in External Quantum Efficiency (EQE).

“According to our principle to supply new products first to the companies that respect intellectual property rights, we will first supply the new ultra-small size 10 μm and 30 μm one-pixel Micro LEDs to the customers who have purchased our products (MC04, MC02, Wicop MINI, etc.) and are using them”

Seoul Viosys supported the SSLEEC team for 20 years to develop micro LEDs with a diameter of 1 μm and made it possible to produce ultra-small micro LED solutions and improve the brightness by increasing the External Quantum Efficiency of red Micro LEDs by 150%, which had been limited to apply because the smaller the size, the lower the light-emitting efficiency. 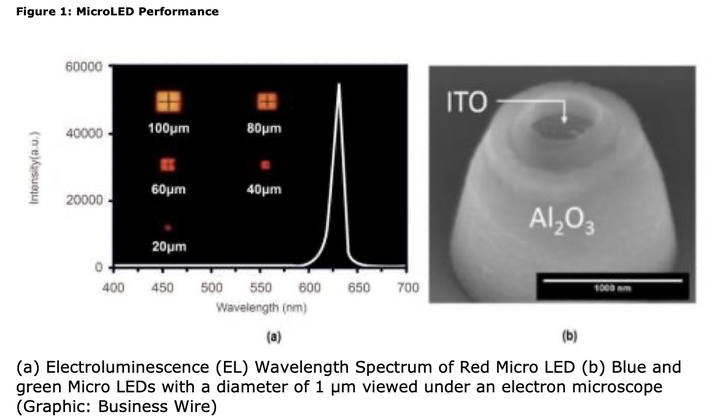