Samsung demonstrated its first 6G prototype 6G system in an over-the-air test, using terahertz (THz) frequencies. The main advantage of 6G is faster data rates and lower latencies. The peak data rate is expected to eventually be up to 50 times faster than 5G, pushing it into the range of terabits per second. Latency, meanwhile, is expected to drop to just one-tenth that of 5G and has advances should help the tech transmit much more data-intensive content, such as 8K resolution, VR, and holographic video. Currently, 5G communications operate at frequencies up to about 40 GHz, but 6G would push that beyond 100 GHz, tapping into the as-yet-unutilized THz spectrum. The new tech would also give a boost to bandwidth too, which for 5G tops out at around 400 MHz

Researchers at Samsung and the University of California, Santa Barbara demonstrated a system with 140 GHz frequency and a bandwidth of 2 GHz. In doing so, they managed to transmit data at 6.2 Gbps over 15 m (49 ft), up from 5G’s speed record of 5.23 Gbps, and even that was with the help of some 4G frequencies in a mostly experimental setup. But still, it’s far short of what 6G could eventually be capable of – data transfer rates of up to 1 Tbps, which is 1,000 Gbps. 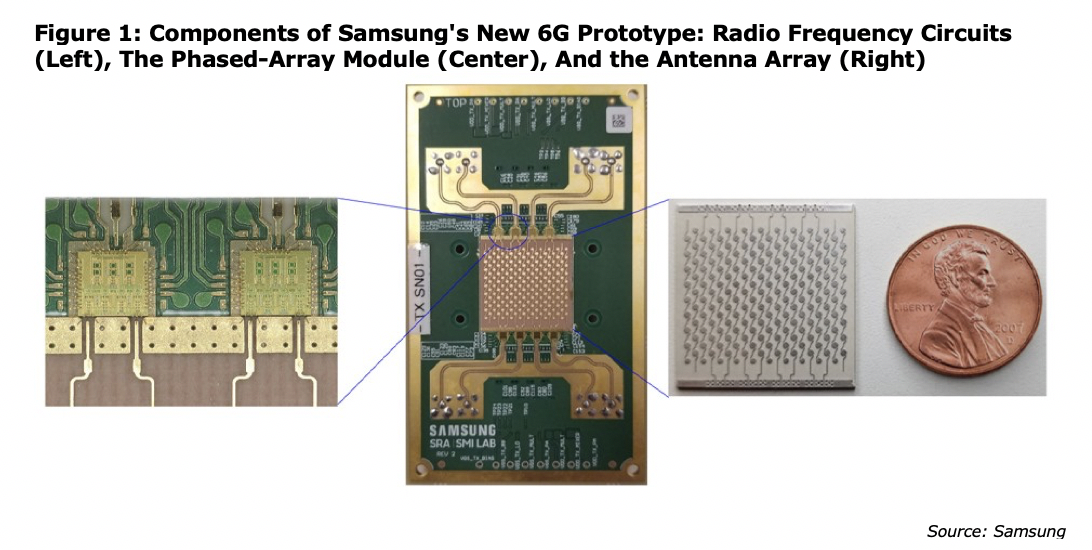 The system consists of a phased array transmitter with 16 channels, receiver modules, and a baseband unit that processes signals and helps direct the beam towards the receiver.

The new test may sound exciting, but don’t throw away your fancy new 5G phone just yet – 6G isn’t expected to be commercially available until about 2030.
​
The team demonstrated the new 6G device at the IEEE International Conference on Communications 2021.