Vertical Divider
Samsung's 110” MicroLED TV Introduced At $155,000
​
Samsung's first MicroLED TV – the first new TV display technology in a decade – is impressive but not without faults. The 110-inch version will cost a $155,000 / €150.000 while a smaller 99-inch will cost €130.000 Euro. The company will launch 88- and 76-inch versions later. The TV is impressive due to its sheer size, rich colors, high brightness, deep black, and virtually frameless design. 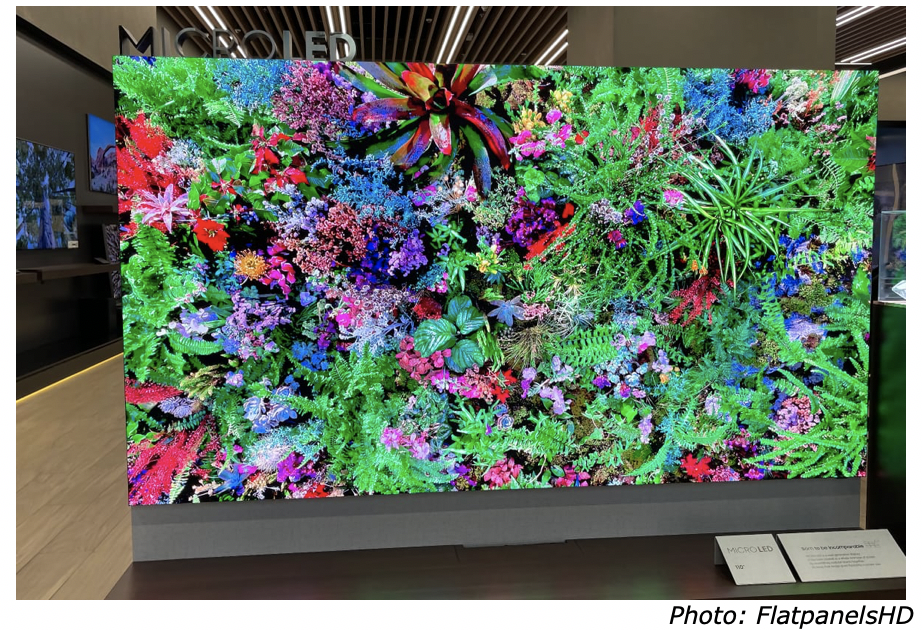 Like all TVs set to Dynamic/Standard mode, the 110-inch MicroLED has oversaturated colors and boosted contrast settings but all this can be tweaked.
​
MicroLED technology has the potential to be extremely thin and frameless, but Samsung's 110-inch TV is thicker partly because it needs proper cooling. 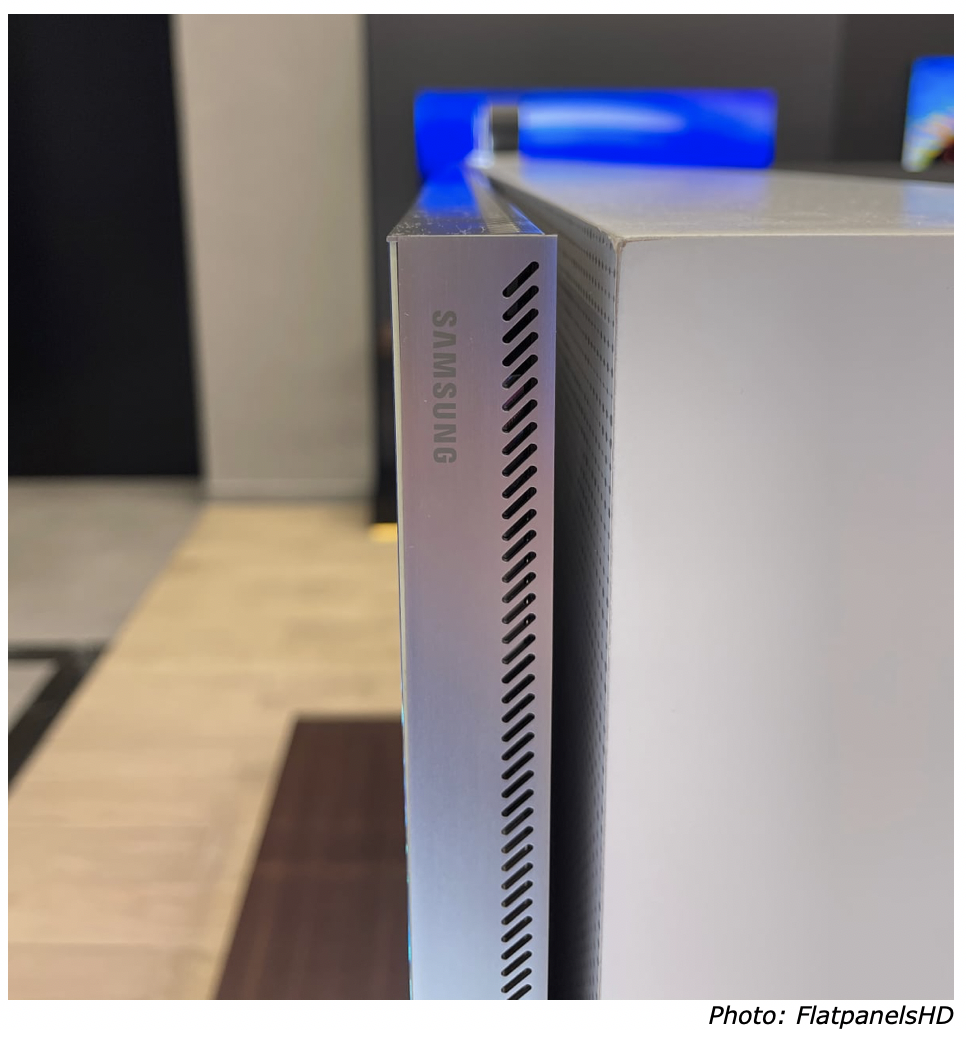 Samsung says that the 110-inch is its first prefabricated MicroLED display as opposed to the commercial versions that had to be assembled on spot. However, it is still made from smaller modules with noticeable seams, especially when viewed off-angle. 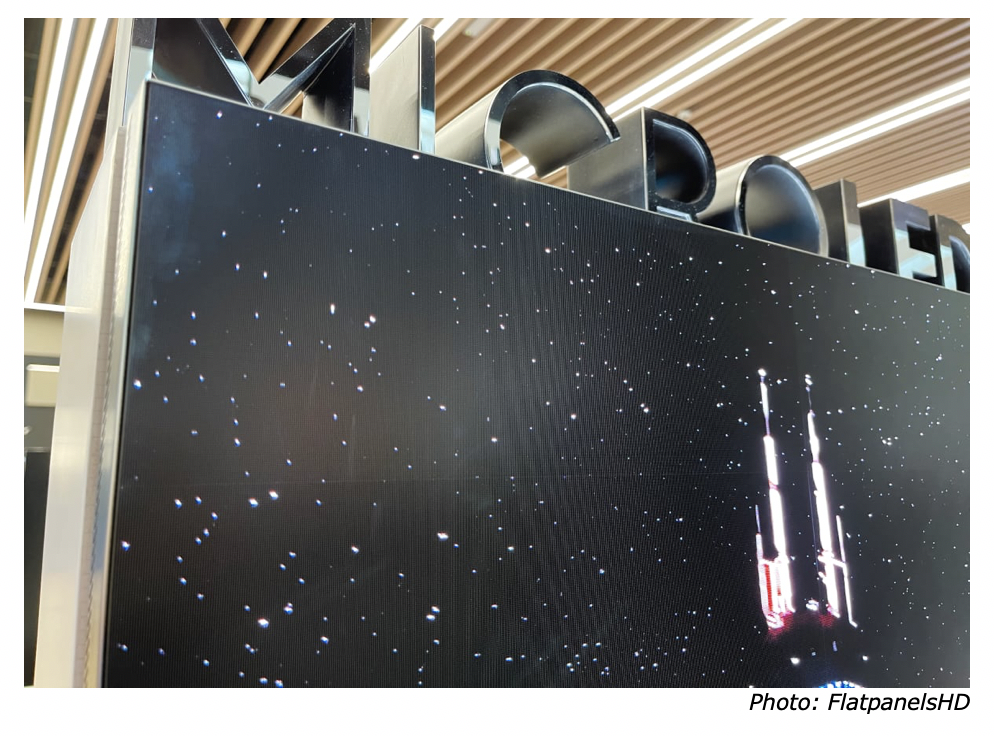 One reason for this is that light from the environment reflects in the screen, highlighting the seams. It also means that black tends to lose some of its intensity, again mainly when viewed off-angle. The blacks are, for the most part, deep and intense, but the panel has a visible screen door effect. It also has a semi-matte surface with a semi-glossy coating on top.

It is a gorgeous display but not without faults. Since an inorganic LED generally last longer than an organic LED (OLED), the risk of burn-in should also be reduced, even if LEDs also lose light intensity over time. Samsung's 110-inch TV can be wall-mounted or put on a table-top stand. Samsung had created a small model of how that works.