Vertical Divider
Samsung’s Next Mid-Range Standard-Bearer
​
Samsung unveiled the Galaxy A52 5G and A52 4G in March. Nearly five months later, the company is gearing up to add a new model to the lineup in the Galaxy A52s. The phone has been making rounds in various leaks over the past couple of weeks and recently got certified by FCC, hinting at an imminent launch. The Galaxy A52s looks identical to the Galaxy A52, featuring a centered hole-punch display on the front and a rectangle camera module on the back that seems to house four camera sensors and an LED flash. As per the leaker, the phone will come in a single 128GB storage configuration and will be priced around €450 in Europe. Based on the renders shared by the leaker, it looks like the phone will be available in at least four colors: White, Black, Violate and Mint. 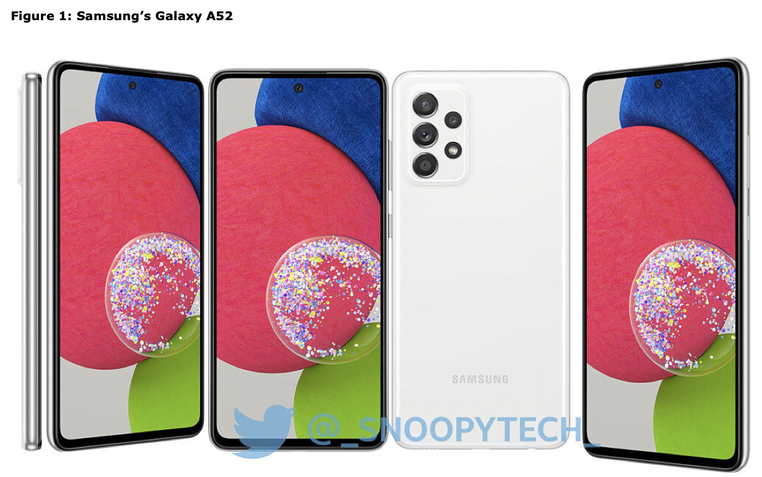 The Galaxy A52 comes with a 6.5-inch FHD+ AMOLED panel, Snapdragon 750G (Snapdragon 720G on the 4G model), quad cameras headlined by a 64MP primary sensor, a 4,500mAh battery, stereo speakers, and an IP67 rating. The Galaxy A52s will likely pack similar hardware with some minor upgrades.
​
The Galaxy A52s has Qualcomm’s Snapdragon 778G, 6GB or 8GB of RAM, 128 or 256GB of internal storage, and a microSD card slot. The rest of the specs remain the same as the Galaxy A52, however. That includes the camera, display, battery, charging, IP rating, and software. According to Quandt, the A52s will be released at the end of this month at a starting price of €449. It will be available in black, green, blue, and purple colors.