Samsung was lauded when it launched the Neo QLED TV, its first mini-LED-based smart TV at CES 2021, even though TCL was the first to market. The TV goes on sale worldwide from March 2021. Ahead of the sales, Germany’s AV magazine published the first independent review of the Neo QLED TVs, giving the TV awesomely favorable ratings. 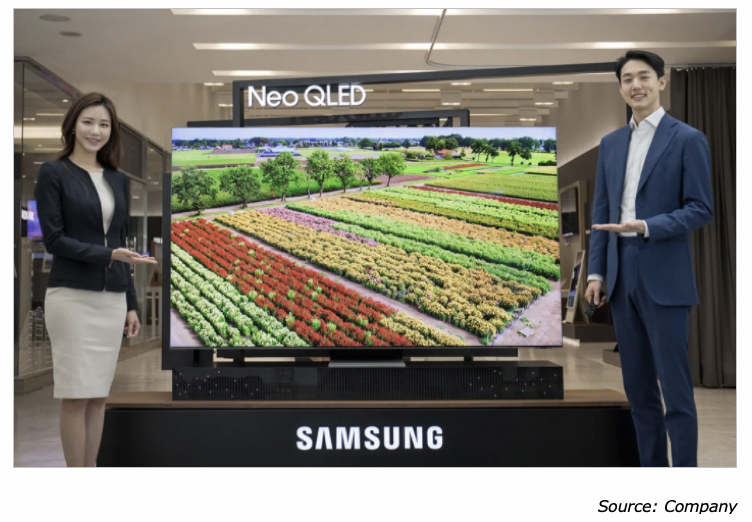 ​The magazine rated that smart TV as the ‘Best TV of All Time.’ The magazine got its hands on the 75-inch 8K variant of Neo QLED TV with model number GQ75QN900A, got a score of 966 points. This is about 10 points higher than the score clinched by the best Samsung QLED TV from 2020 which received a score of 956 points. The review team showered encomium on the TV for its impressive contrast ratio, deep blacks, high brightness, and precise local dimming as a result of the Mini-LED technology. Further, the Samsung Neo QLED TV was praised for its outstanding design, innovation, and the magazine has selected it as its ‘Reference’ TV. The Neo QLED panel is based on mini-LED backlighting technology that is equipped with up to 40 times smaller LEDs than conventional LEDs with full-array back-lighting.

The TV contains the Neo Quantum Processor image processor inside the Neo QLED panel which is used for AI upscaling with 16 neural networks to upscale image quality to the native resolution of the panel. The Neo QLED panel is built for Samsung’s QN900A 8K and QN90A 4K models. The new TVs featuring Neo QLED panels will offer features like super-slim bezels, 21:9 and 32:9 aspect ratios, a new audio system with object tracking and spatial optimization, and more.