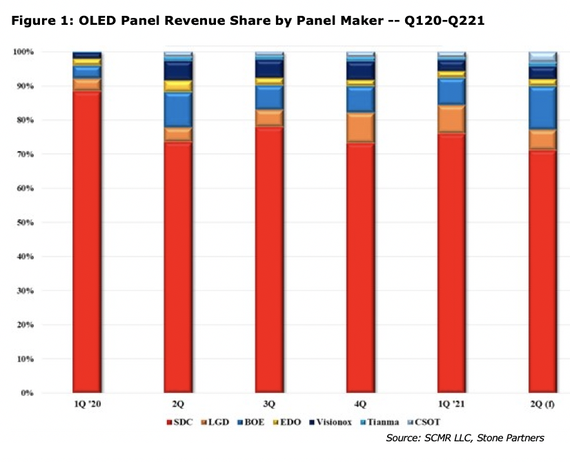 ​Although flexible OLEDs gather the most interest, the share in terms of sq. m of shipped displays between flexible and rigid has been evenly balanced and is likely to shift to rigid as OLEDs move to IT applications.