S-Connect has been manufacturing hinges for Samsung’s foldable phones since last year and will soon start making the hinges for the next generation Galaxy Z phones. The company announced that it has received the go-ahead from Samsung and will start mass producing the hinges for the Galaxy Z Flip 2 and Z Fold3 in the second quarter of this year. The production of the phones themselves should begin soon after that, which lines up with IceUnivere's report that the next-gen Z phones will arrive in July. 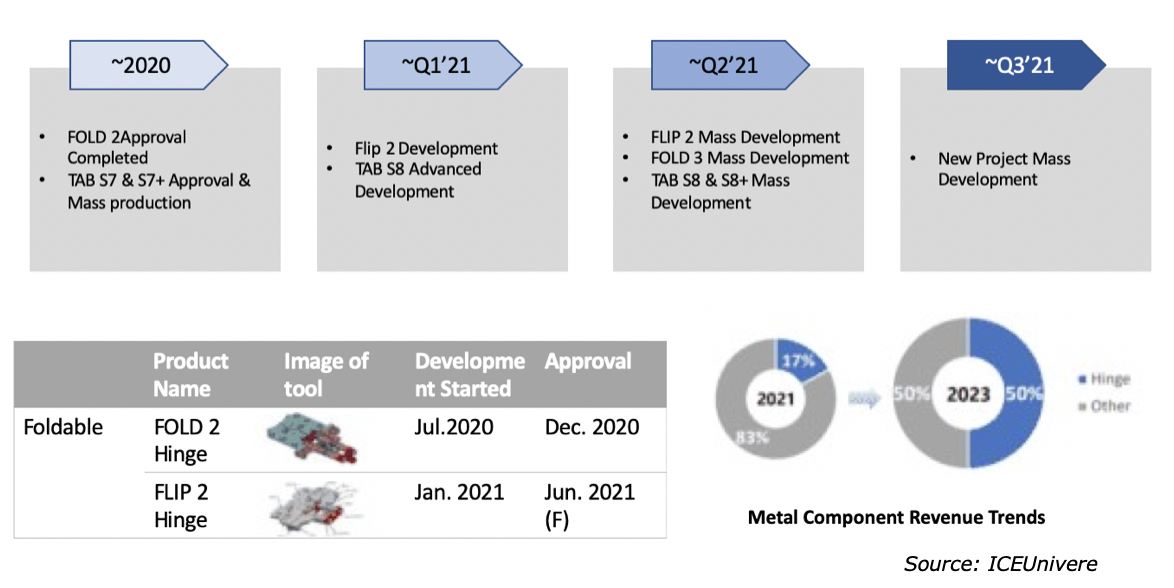 ​S-Connect expects that the foldable market will grow to 5.5 million units this year and forecasts that in 2023 hinges will make up 50% of its sales (up from just 17% this year). In related news, S-Connect will start manufacturing components for the Galaxy Tab S8 and S8+ slates around the same time, so there are new high-end tablets on the way as well.
Figure 2: Galaxy Fold Hinge Manufactured By S-Connect • Pieces of Z Flip's Hinge Mechanism

​The company is also making metal parts for a variety of Samsung products – from the cases for Galaxy watches to the trademark camera bump of the S21 series.