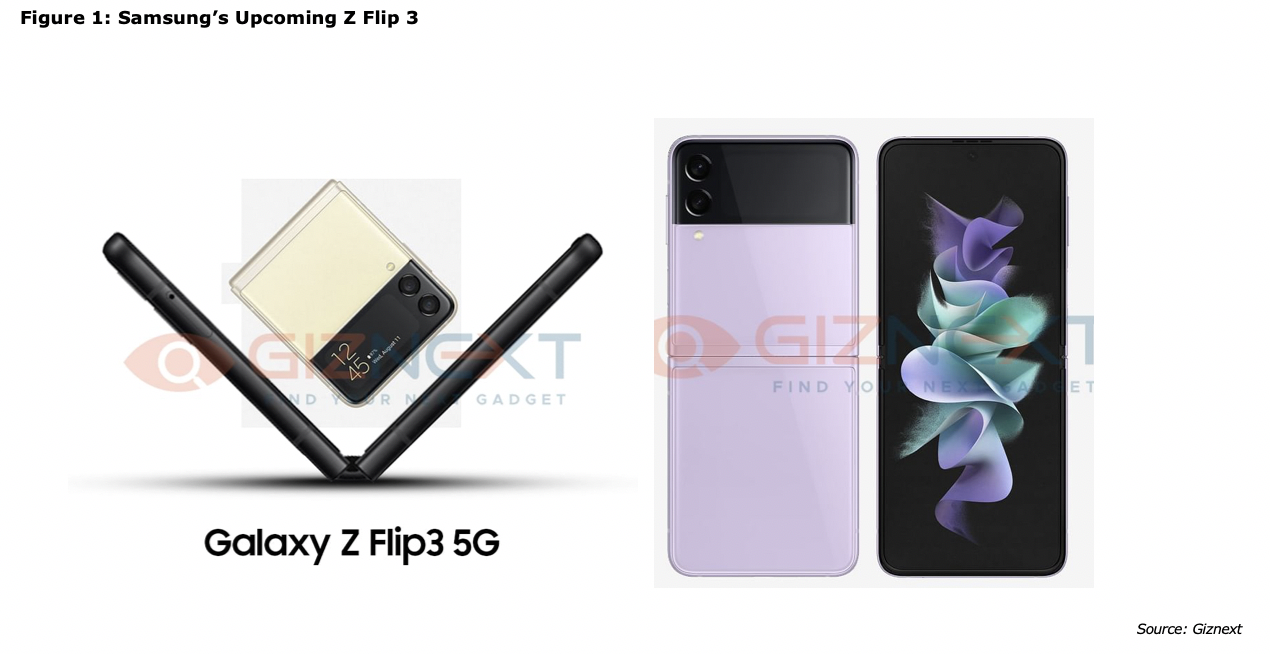 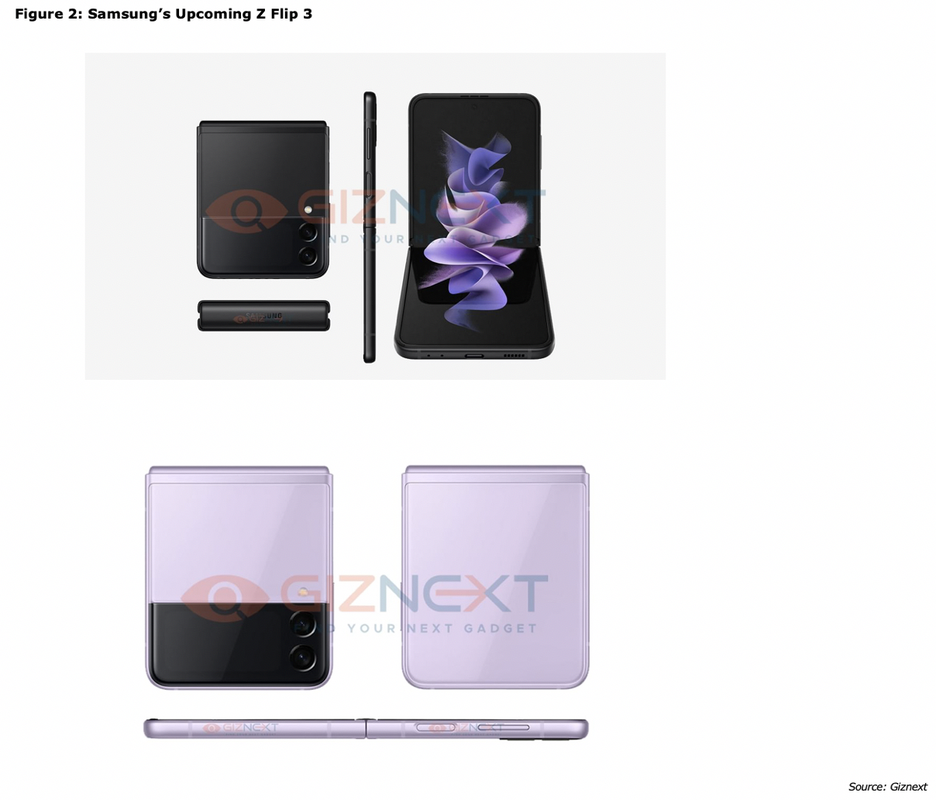 The Z Flip 3 will get a 120 Hz 6.7-inch internal screen  with a 25:9 aspect ratio a 1.9” external screen,  the snapdragon 888 chipset, 8GB of RAM, a 3,300mAh battery with 25W wired and 15W wireless charging. The Flip 3 comes with a dual-camera set-up at the with a vertical and at the front, including an under panel selfie camera. It is also expected to get a bigger battery than its predecessor.

Samsung’s Z Flip 3 will be powered by the latest Snapdragon 888 processor. And have a larger secondary screen than its. The foldable smartphone will sport a dual-camera set-up at the rear.

After what was a distinctly software and experience-focused 2021 MWC event, Samsung has scheduled the next UNPACKED on August 11, at 10am EST. The announcements will include the Samsung Galaxy Z Flip 3. According to FronTron has
the clamshell phone will be priced at $1,249 for the 8GB RAM and 256GB storage variant, $200 less than the predecessor, Galaxy Z Flip. Unpacked also includes the Samsung Galaxy Z Fold 3 featuring a 6.23" cover display and a 7.55" internal foldable screen. a Snapdragon 888 chipset, 12GB of RAM, five cameras - a triple main setup consisting of three 12MP shooters, including an ultrawide with autofocus, a 16MP under-display selfie camera, and a 10MP shooter on the cover display and Android 11. Samsung shipped 2.8m foldable phones in 2020 and is expected to ship 5.8 million this year