Smartphone photography gets better each year, mostly thanks to software. But Samsung isn't sitting still on the hardware front, having just announced its new ISOCELL JN1 sensor. Rocking 50 megapixels total, the real highlight of this sensor is the incredibly small size of those pixels.

Coming in at just 0.64 micrometers, the ISOCELL JN1 has the smallest pixels on a smartphone. This means that Samsung can pack in that really high megapixel count into a smaller body, lowering the physical footprint required for the camera hardware (not counting the lens and all that). 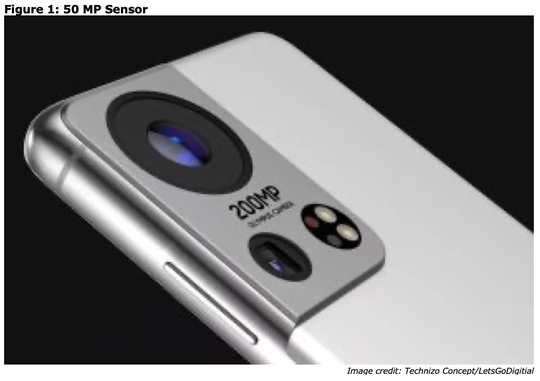 ​The JN1 is smaller than the previous 43.7MP ISOCELL Slim GH1, which had 0.7 micrometer pixels. Packing in more tiny pixels into the JN1 allowed Samsung to produce a small sensor with applications in many types of mobile camera setups. You might see it someday used in front-facing cameras, ultrawide, telephotos, or the typical primary wide-angle shooters. Samsung also claims that this new sensor will reduce camera hump size by 10%.

Of course, a major limitation with smaller pixels is that they let in less light, which causes a problem for low-light photography. Samsung has an answer to this. The ISOCELL JN1 combines the light gathered from four pixels into one, reducing the final image's resolution to 12.5MP, but theoretically allowing for better lit photos at night or indoors.

Samsung also slapped on it phase detection autofocus, which has twice the phase detect pixel density. That means that the autofocus can do its job much better in low-light when subjects are more difficult to focus on and capture.
According to Samsung, the ISOCELL JN1 has entered mass production, which means we could see it in phones really soon. Our guess is that the JN1 will spearhead Samsung's Galaxy S22 photography efforts, but we might see the new camera sensor pop up in other phones before the S22's arrival.