Vertical Divider
Samsung to Use Mini LED Backlights in High End QLED TVs Starting in 2021
​
Samsung Visual Display working on Mini-LED models. Samsung has announced its commitment to selling more than two million Mini-LED TVs by next year. The QLED TV will sport the Mini-LED backlighting technology in the year 2021. It is also reported that the new line-up will feature 4K resolution and will come in sizes reported to be 55-inch, 65-inch, 75-inch, and even 85-inch. 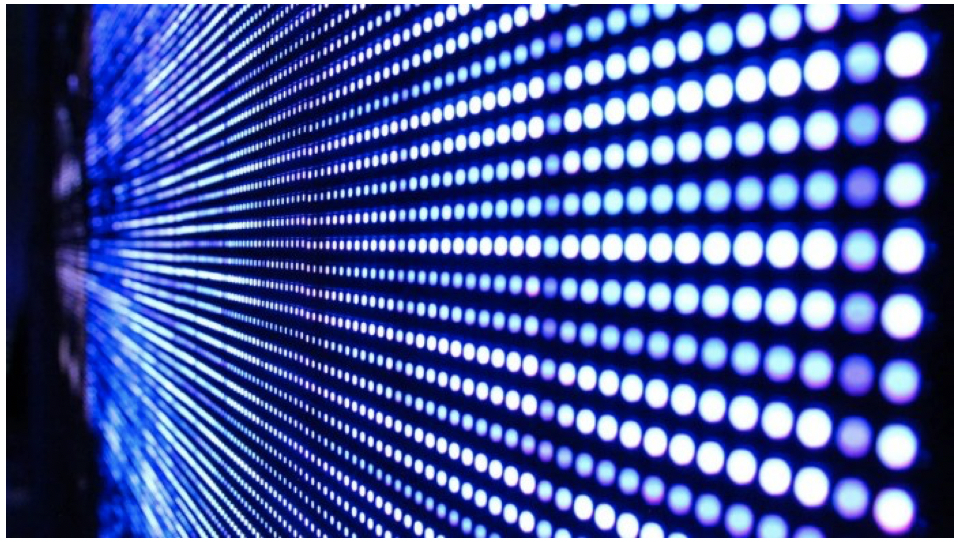 ​Source: OMDIA
The Mini-LED backlighting supported TVs offer a contrast ratio of 1,000,000:1, while the current generation TVs only offer a 10,000:1 contrast ratio. Apex, Epistar, FitTech, Macroblock, San’an Optoelectronics, and Saultech are competing to offer their Mini-LED chips to Samsung. A 65-inch 8K Mini LED backlight TV will typically be deployed with more than 12 thousand Mini LED chips, while an 85-inch TV will require more than 20 thousand chips. Samsung plans to ship more than 2 million Mini LED-backlit TVs, which would add up to than 30 billion LED chips.

Samsung didn’t identify the Mini LED approach it planned to use, but the cost adder vs. a standard FALD implementation was calculated by Omdia to be between $1800 and $2300, which would put the price well above comparable OLEDs. They forecast the size of the Mini LED TV market at 10.3m in 2021 growing to 21.1m in 2023. 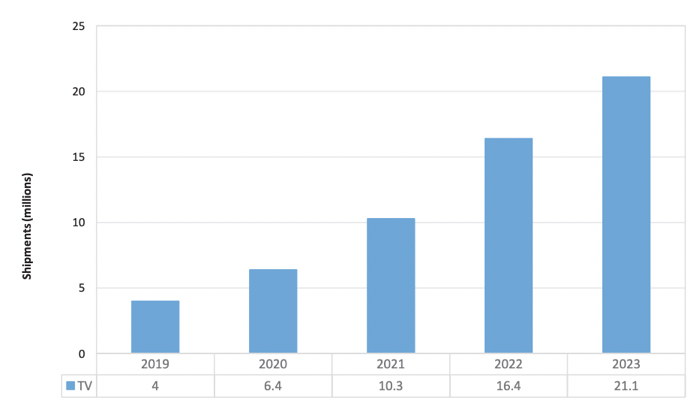