Vertical Divider
Samsung to Stop Using Lidar with the Galaxy 22

Figure 1: Backside of a Galaxy S20 Ultra and where ‘DepthVision camera’ is marked is where ToF technology is applied. 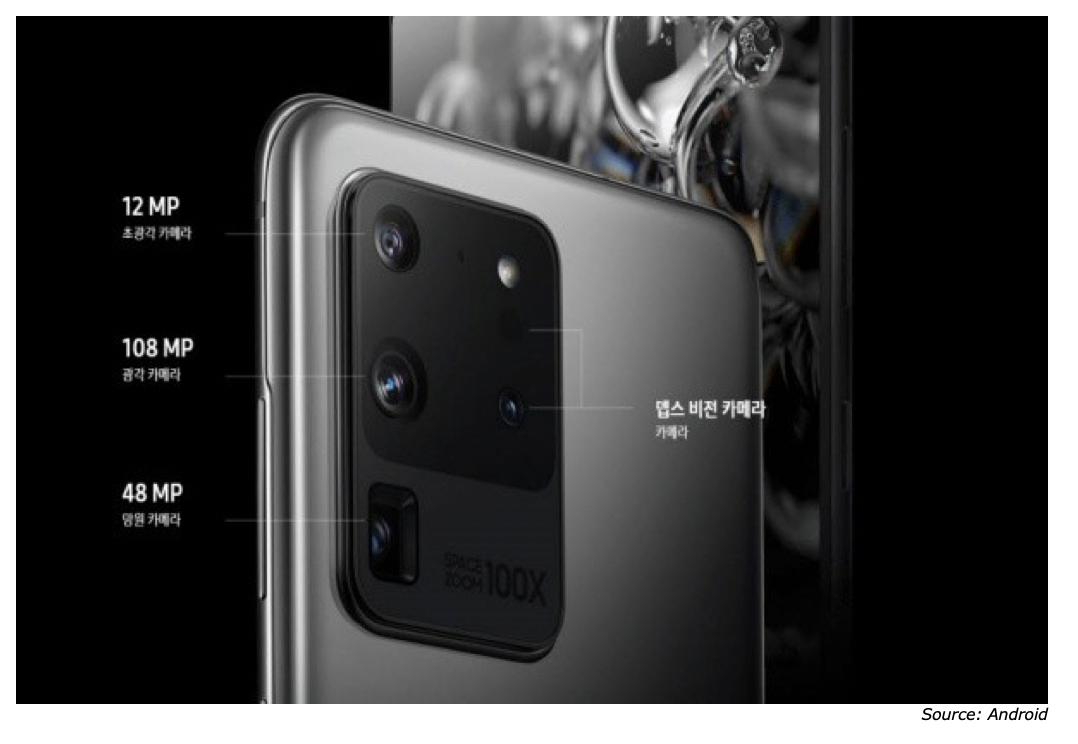 Samsung Electronics believes that its current smartphone cameras without ToF technology are able to meet various demands from consumers for a time being. This decision by Samsung Electronics is expected to impact the System LSI Business as well. It is reported that the business developed ToF image sensors last year and has been preparing to supply the sensors to Samsung Electronics’ Mobile Division. Because the division is the world’s biggest smartphone manufacturer it would have had to expand its ToF sensor business, to supply its sensors to the division. However, Samsung Electronics’ decision has also changed the System LSI Business’s plan. Sony is the leading provider of global ToF sensor market. Sony is also a leader in the global image sensor market as it supplies ToF sensors to Apple for its iPhones and iPads.


Samsung Electronics announced its first ToF sensor called ‘ISOCELL Vizion 33D’ in November last year. This sensor has a high resolution of 640 by 480 (VGA) and 7µm pixels, and a distance range of 20 centimeters to 5 meters. Samsung Electronics’ System LSI Business is expected to supply its ToF sensors to Chinese smartphone manufacturers.

A TOF, or Time of Flight is a process that measures the time it takes for a signal to reach and be reflected by an object.  TOF has a number of forms and names, particularly LIDAR, which gets much press related to autonomous vehicles.  As we have noted in the past, there are two ‘flavors’ of TOF, direct and indirect, having different characteristics and cost parameters.  While a few smartphone brands experimented with TOF sensors in 2018, Samsung Electronics was an early proponent of TOF, using it in its Galaxy S10 5G flagship smartphone in February of 2019, following up with a number of other models such as the Galaxy Note 10+ (8/2019), the Galaxy S20+ (2/2020), the S20 Ultra (2/2020), but did not include a TOF sensor in the Galaxy S20, the least costly of the S20 line. This omission led some to believe that Samsung had abandon TOF technology, either for performance or cost issues, however Apple’s use of the technology in the iPhone 12 those questions began to dissipate.  Samsung did not use TOF in any of the three flagship Galaxy S21 line (January 2021)and the controversy began again, with the speculation that Samsung will not use the technology for the next generation of Galaxy smartphones, the S22 line due out next February.

There is a difference between ‘types’ of TOF sensors, each with different characteristics, which has more to do with Samsung’s decisions about TOF than the technology itself.  In the table below simple comparison of the characteristics of the two types of TOF sensors is displayed. While range is important, accuracy and cost of production are preeminent.  Samsung produces the indirect version (measures distance using reflected ‘phase’ information), while Sony produces the direct version (measures distance by calculating the time it takes for the actual reflected signal to return).

As Apple settled on Sony’s solution, it became obvious to Samsung that if it were to continue to directly compete with Apple (Galaxy S Series vs. iPhone series), lower cost was less of an advantage than accuracy, especially accuracy over a greater distance.  In order to change the characteristics of the Galaxy line, Samsung had the choice of buying TOF modules from its biggest competitor or abandoning the technology. Sony is less inclined to sell to Samsung, preferring customers that it can retain, and Samsung would likely be low on the preferred customer list, leaving them open to potential delivery shortfalls, so the issue has been moot for some time.

Samsung has released its own TOF sensor, the Vizion 33D (March 2021) which retains the indirect technology, but can capture more phase information, making it comparable to the Sony direct TOF product.  Samsung would promote its own TOF device in its premier smartphone lines, so recent speculation that TOF will again be excluded from the S22 is suspect, especially this far from production. One limiting factor is production capability, which could have caused the decision not to use TOF in the Galaxy S21, as the S21 has seen very strong sales relative to the Galaxy S20, but Samsung LSI was expected to ramp up production by the 4th quarter of this year to a point where there should be little potential for capacity issues.

Samsung LSI wants to sell the new TOF to parent Samsung Electronics, it is also trying to garner outside customers, who might need some reassurance that the largest smartphone brand worldwide would be using such a device in its most visible line.  Without some ‘cred’ from Samsung Electronics in its upcoming models, it will be hard for Samsung LSI to justify continued TOF product development. 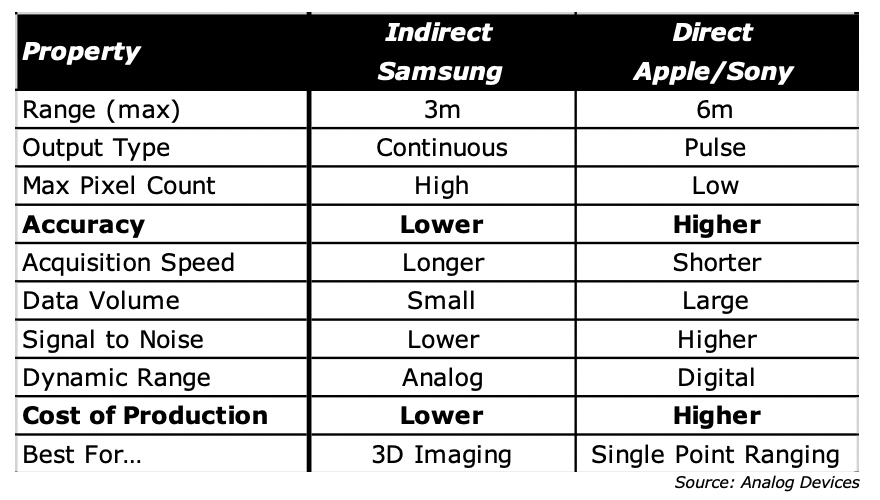