Vertical Divider
Samsung Targets QD Backlights for the Notebook Market
November 04, 2019
​
Samsung will launch the world's first QD backlit notebook early next year with the promise of 600-nits, Ice Lake, Wi-Fi 6, and GeForce MX graphics. LPDDR4x RAM will come soldered alongside an S Pen recess on the Galaxy Flex model. prices that be more affordable than the $2000+ OLED laptops currently in market. 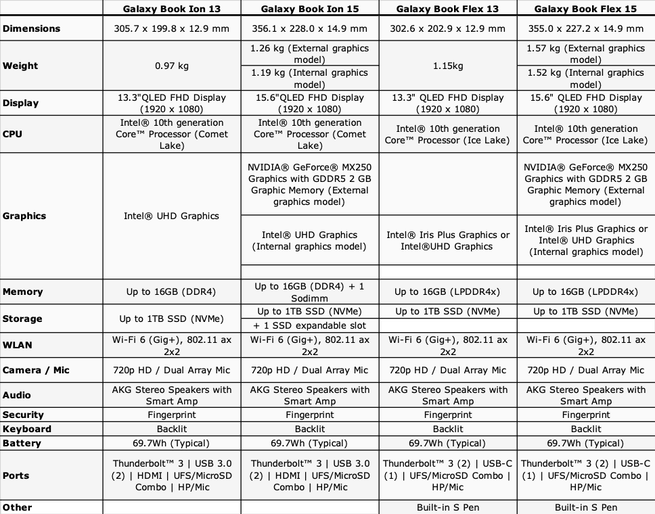 Higher-end models like the Dell XPS 15 or Gigabyte Aero 15 use OLED panels that have higher color accuracy and contrast ratio than TN or IPS. Now Samsung wants to add their QLED symbol. QLED should therefore be a middle-ground option between LED based LCDs and OLED with Samsung must be sensitive on positioning positions the new notebook as it is the sole supplier for OLED panels in HP, Dell, Razer and other notebooks. Two new Galaxy laptop models will be launched early next year equipped with 1080p QLED displays: the Galaxy Book Flex convertible and the Galaxy Book Ion clamshell each in 13.3-inch and 15.6-inch form factors. The larger 15.6-inch versions will get optional GeForce MX250 graphics while the Galaxy Book Flex 13/15 and Book Ion 15 will integrate an S Pen recess and a free DDR4 SODIMM slot, respectively. All SKUs will sport Intel Ice Lake CPUs with Thunderbolt 3, a fingerprint reader, and up to 1 TB of NVMe storage.
​