Global shipments of OEM TVs by the world's top-14 OEM makers plunged 28% on year to 13.8 million units in Q120, as the production, shipments and sales of the entire TV supply chain were affected by the coronavirus pandemic, according to data from AVC Revo. The decreased shipments also resulted in significant changes in vendor rankings in the first quarter.

Shipment prospects of OEM TVs are more pessimistic for the second quarter 2020, with overall shipments likely to tumble 30-40% from the levels seen a year earlier, according to AVC Revo. For all of 2020, global OEM TV shipments are expected to fall 14% from a year earlier, AVC Revo estimates. 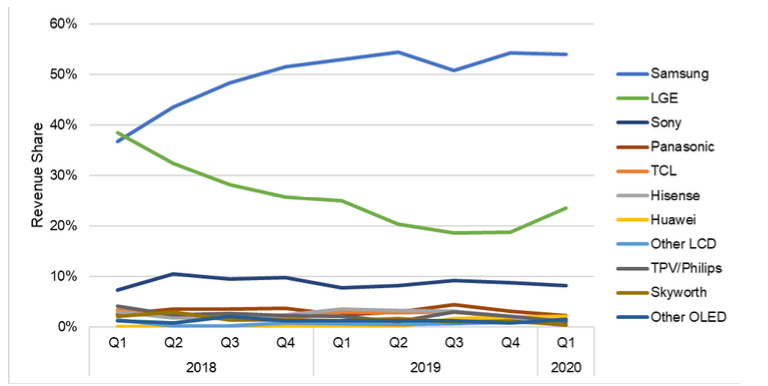