Samsung’s 8K Mini-LED/QD TV prices have increased since the end of June, for all models other than one, the largest (85”) high-end model, which was also the only Mini-LED/QD model maintained its initial price.  LG’s 83” Mini-LED was priced at  $6,500, 27.8% lower than Samsung’s price.  While Samsung has raised prices on most other 8K/4K Mini-LED sets currently, they dropped the price on the top of the line 8K 85” Mini-LED/QD set by $1,500 to $7,500, but still $1,000 above LG’s equivalent.  The other sets in Samsung’s 8K line, which consists of two 75” and two 65” models, have all seen price increases between 3.4% and 18.2% since our last check.  Whether Samsung is adjusting set price due to higher costs or to narrow the price gap between its 8K and LG’s 8K models is an unanswered question, but the trend has certainly changed. 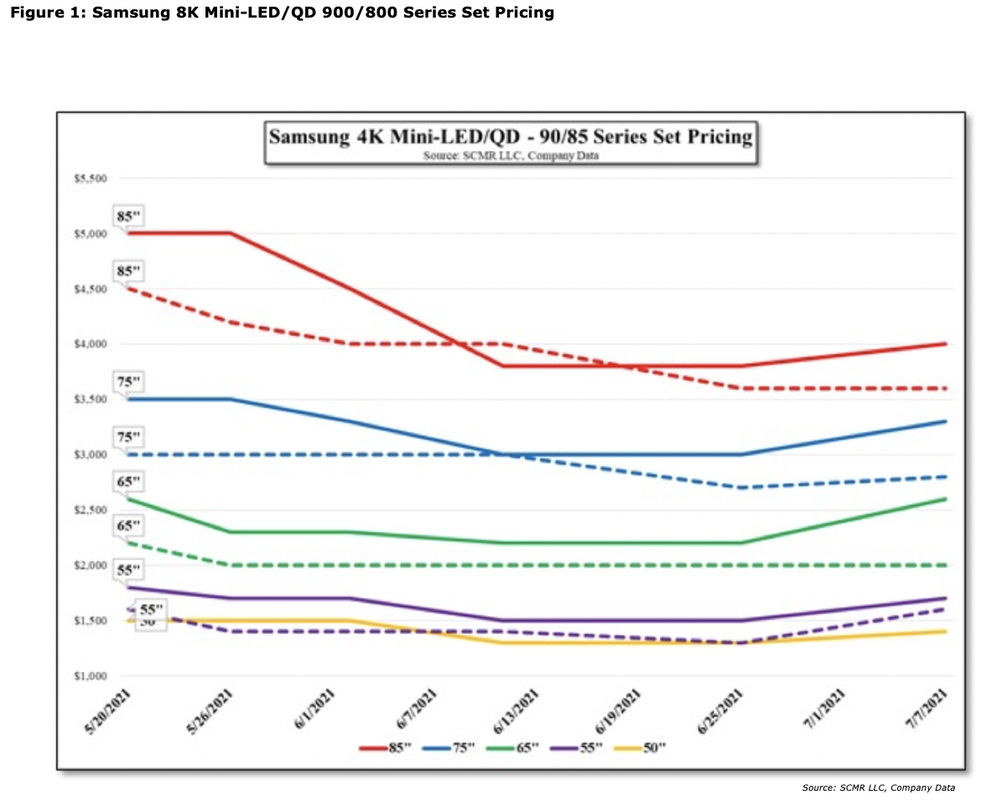 ​All but two models in Samsung’s 4K Mini-LED/QD line have also seen price increases, ranging from 3.7% to 23.1% since the end of June, which is a bit surprising given that they were equal to or slightly lower than LG’s equivalent 4K sets.  It appears that that Samsung is taking into consideration the rising cost of LCD panels and is passing on that cost to consumers.  Mini-LED production costs have declined a bit over the last few months but are still in the relatively early stages development keeping the prices relatively high.