Samsung released a fully detailed the Galaxy A42 5G, an affordable 5G mid-range smartphone that features Qualcomm’s Snapdragon 750G. The company actually announced the device a few weeks ago, but they neglected to share most of the phone’s specifications and other important details. With the Pixel 5 and Pixel 4a 5G now available for preorder, Samsung seemingly felt now was a good time to put the spotlight on its latest device. The Galaxy A42 5G is yet another addition to Samsung’s A Series lineup, which also includes this year’s Galaxy A41. Some of the big upgrades in Samsung’s newest device is it features a 6.6-inch HD+ Super AMOLED Infinity-U display and a Snapdragon 750G chipset, allowing the device to connect to 5G networks. The device also comes equipped with a much larger 5,000mAh battery and a quad-camera setup, headlined by a 48MP lens. 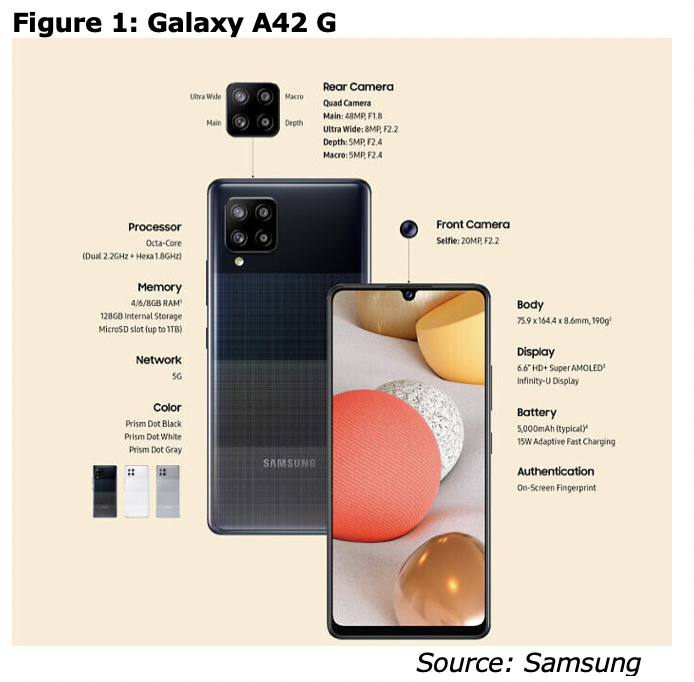 ​The Galaxy A42 5G should provide competition to Google’s Pixel 4a 5G and the OnePlus Nord. Both of those devices, however, feature a slightly more powerful Snapdragon 765G processor. 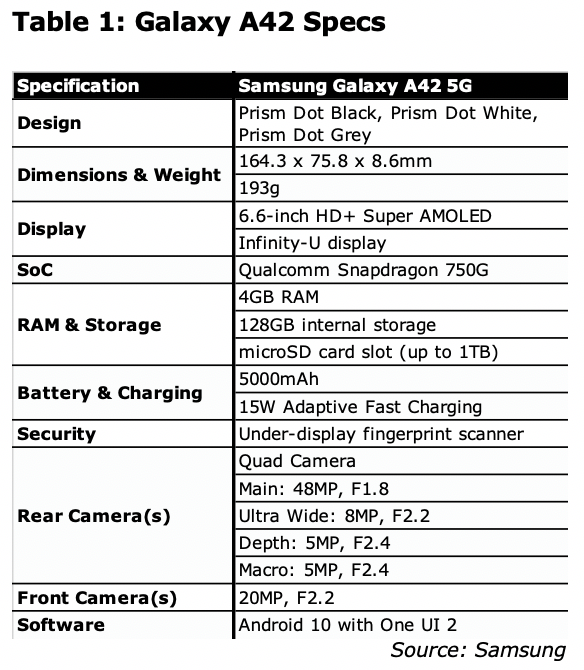