The Galaxy Z Fold 2 features a 7.6 inches main display and a 6.23-inches cover screen and the Galaxy Z Fold 3 will be equipped with slightly smaller displays to make room for the stylus. Although the upcoming Galaxy S21 Ultra will also likely be compatible with the S Pen, it will not have a dedicated slot for the stylus. The Galaxy Z Fold 3, on the other hand, is tipped to have a compartment for storing the S Pen, just like Note series phones do. Samsung had previously said that it intends to make its foldable phones thinner and lighter, but S Pen integration has apparently come in the way, which means the Z Fold 3 will not be any slimmer than its predecessor.  Per one report, the phone will come with a thicker ultra-thin glass (UTG). This would enable it to withstand stylus pressure.  An earlier rumor had suggested that the Fold 3 would be Samsung's first phone to feature an under-display camera. Ross Young DSCC, CEO claims Samsung is trying to make that happen, but also cautions that there is no guarantee that it will happen.  According to Young, the Z Flip 3 and its stripped-down variant will have a slightly larger display than the Z Flip 5G. The Flip 3 will also allegedly flaunt a 120Hz screen and the LTPO tech. Core hardware specs of both devices largely remain a mystery, but it's safe to assume that they will have Qualcomm's latest flagship chip under the hood. The Z Flip 3 will reportedly arrive in Q2 2021, and the Fold 3 could break cover in June.

While smartphone brand targets for the following year tend to be moving targets when made early in the year, Samsung has set its smartphone target for 2021 at 307m units, 13.7% above the expected 270m units it will ship this year, and 3m units below its original projection of 310m units for 2020 that it made in late 2019.  The 2021 projection includes 287m smartphones and 20m feature phones.  Samsung expects to ship 49.8m flagship and foldable phones next year, with over half of the 6m foldable units being oriented toward the Z Flip 2, Samsung’s lower priced foldable flip phone.  While earlier rumors that Samsung will increase its exposure to ODM phone production, particularly as it broadens its mid-range priced line, current expectations are that ODM unit share will remain at ~20% in 2021, flat with this year, although the unit volume number will rise a bit along with total production.

There have been rumors that Samsung will end the Galaxy Note line in 2021 or 2022 in lieu of an expanding foldable line, and on a general basis, with flagship phones struggling to compete against many lower priced but similarly featured brands, the logic behind ending the Note line makes sense.  That said, Samsung must have a broad enough foldable line that encompasses the Note feature set by the typical Note release date during the summer months.  The Z Flip 2 will likely be that device, but it must be priced below $950 (the original price of the Note 10) and have a screen size of at least 6.3” (the screen size of the Note 10).  This year’s Galaxy Z Flip sells for ~$810 which meets those specs but has a 6.7” main screen (plus a 1.1” back screen), so the 2021 model should be a bit larger, incorporate 5G, and have a larger 2nd screen, all for roughly the same price as this year’s model.  While we expect it will be a challenge for Samsung to meet all of the goals that will keep from alienating the Galaxy Note customer base, we expect they will meet the challenge and begin production by mid-year 2021. The table below compares primary screen value/in2 and excludes features (cams, etc. and secondary displays.


Table 1: Price Per Inch for SEC's Folds and Notes 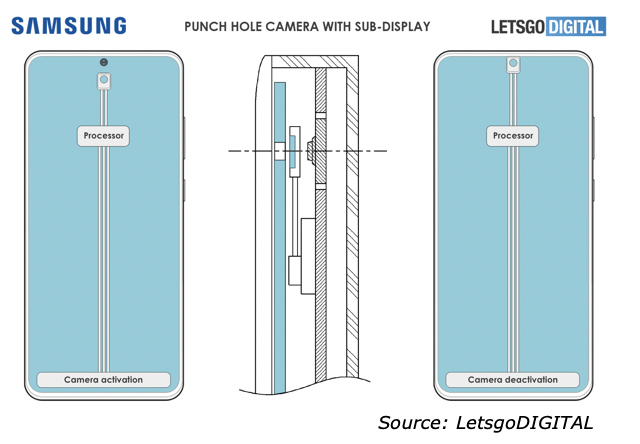 Ross Young, CEO of Display Supply Chain Consultants (DSCC) said that there will be three foldable smartphones in 2021 from Xiaomi. In terms of the Samsung foldable, Young has tweeted earlier that the Galaxy Z Fold 3 will have a smaller main display and cover display. Another report regarding Xiaomi’s three upcoming foldable smartphones of 2021 indicates  three different design types for three smartphones: out-folding, in-folding, and clamshell. As of now, it is not confirmed from Xiaomi, which of these models will be launched first. Xiaomi has been working on this project for a long time, and placed orders with Samsung Display and LG Display for foldable OLED panels for a clamshell-type phone. Europe has been the largest region for foldable smartphones with a 29% share followed by South Korea at 26%, China at 25% and the US at 22%. Samsung produces three-quarters of the world market for mobile devices equipped with foldable screens: at the end of this year, the company’s share was 73%. Of the 2.8m foldable smartphones shipped, approximately 2.0m were made by Samsung Mobile.  Motorola Royole and Huawei, collectively managed only 27% of the global industry. In 2021, the situation should change. In particular, the announcement of flexible smartphones from Google, OPPO, Vivo and Xiaomi is expected. Other companies are likely to present their devices with flexible displays. According to analysts, in 2022 the global market for flexible cellular devices could reach 22 million units, although DSCC more realistically puts the figure at ~10m.