On the basis of a spurt in early orders, Samsung Display will increase its annual assembly capacity for foldables from 17m to 25m up 47%. Samsung will kick off the expansion project at its Bac Ninh plant in Vietnam in Q321 targeting full operation by the end of this year or early next year at the latest. Samsung Display will have a capacity to produce ship 10m Z Fold panels and 15m Z Flip panels a year.

Samsung’s decision to ramp up capacity is mainly driven by soaring market demand. Its third-generation foldable models recorded 920,000 pre-orders in South Korea, 1.8 times more than its latest smartphone Galaxy S21. The number of pre-orders for the new foldable phones was even higher in China with more than 1 million.

Sources report that the pre-orders in the US also surpassed Samsung’s second-generation foldable device sales in the country between January and July of this year. “Samsung’s factories that make foldable devices are already operating at full capacity. Samsung has no option but to expand its facilities. It will likely add three more production lines to its current seven, which will allow the company to manage the production volume more flexibly,” said a source close to Samsung.

The Galaxy Fold, launched in 2019 sold only 500,000 units globally. The Galaxy Z Fold 2 and Galaxy Z Flip sold about 1.5m each. Samsung has already produced more than 3m Galaxy Z Fold 3 and Z Flip 3 phones in the past two months to meet skyrocketing demand, by operating its plants at its full capacity of 1.5 million units a month. 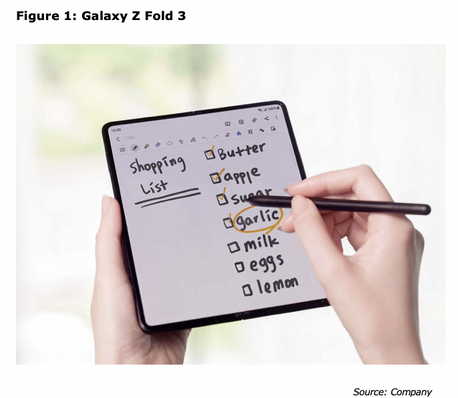 ​Samsung's third-generation foldable devices have become something of a fashion item among Korean millennials. 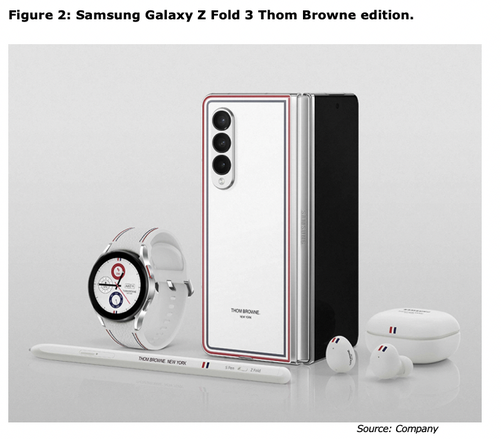 Price was another pull factor. Samsung reduced the prices of the Z Fold 3 and Z Flip 3 models by about 400,000 won ($340) from those of its second-generation models launched last year.