While we have pointed to the many changes in Samsung Visual TV pricing, they have not been alone.  LGE, likely reacting to Samsung’s US moves has reduced prices as well, as shown in the next table. 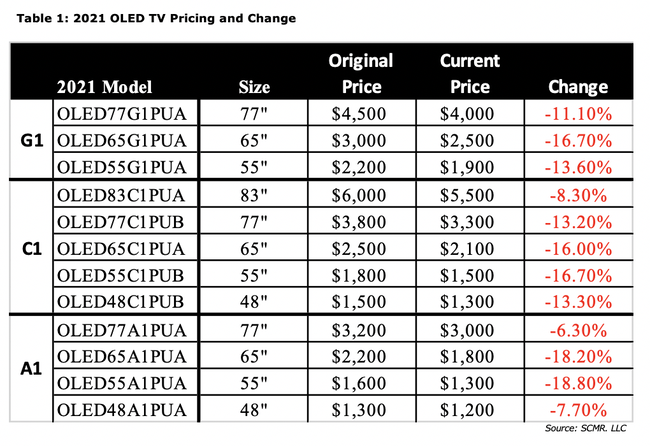