Samsung – Changing The Way Your Watch Sees You
February 02, 2020

Smart watches have accelerometers that tell the operating system in which direction the watch is facing and the degree of movement the watch is traveling. Samsung says it sees image sensing as a far more robust technology to recognize everyday activity given the relatively richer information that can be derived from image sensing, particularly as image sensing technology is advancing quickly while accelerometer technology has essentially stalled for mobile application. Samsung cites a lack of dimensional and contextual data from accelerometers that is available through image sensing. Practicality is certainly a factor in determining whether imaging is a viable solution for defining mobile device movement, and only recently have greyscale, low-frame rate imagers become available, but more importantly is their power consumption and processing needs that must be provided by what can be a low-power battery in many cases.  Image processing algorithms (neural networks) can be adapted to run on resource limited devices and Samsung has estimated that a device with such sensing capabilities could run for 13 hours (0.56Ah battery w. 0.7 safety factor), which is within reasonable limits. 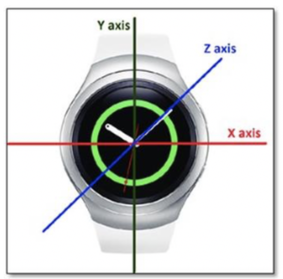 Source: Serkan Baili - Mugla University
Two systems can be used to make these sensors; one calculates the gravitational and acceleration stress on a piezoelectric crystal and a second uses capacitors to sense changes in microstructures, but the result is the same, the sensor will provide data on orientation and movement.  Aside from mobile devices accelerometers have a wide variety of uses, such as in vehicle accident sensing, where they can deploy airbags, in drones, to keep the device stable, and many uses in aerospace, where orientation and mechanical stress management is essential.  Samsung Electronics says that accelerometers for HAR (Human Activity Recognition) are a dead-end.

Gesture recognition is becoming factor in mobile devices, where the need for rich movement data is increasing with the use of depth sensing data (TOF).  Cost will be a major factor, given the volume of sensors used for imaging on smartphones, taking a time slice of that information to read gestures might be a bit more difficult, but Samsung shows below what they can imagine such a device might look like, with those image sensors not being used as cameras, but as movement sensors. 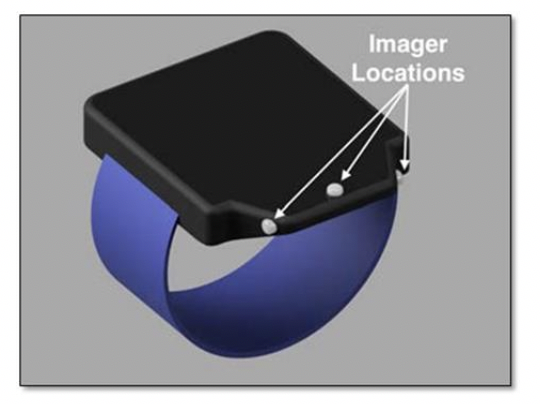