It looks like Microsoft, Google, Apple and Facebook aren’t the only tech giants developing augmented reality smart glasses. Over the weekend, Twitter user @WalkingCat leaked two videos allegedly from Samsung showcasing a pair of AR glasses dubbed “Glasses Lite” and what appears to be the company’s vision for “Next Wearable Computing.”
​
Samsung demonstrated basic AR devices before, but now a leak from WalkingCat on Twitter, showed two new videos of concepts in action, in similar styles. The first shows off “Samsung Glasses Lite”, which detail a kind of projection of a virtual screen from some chunky-looking glasses, showing a display at a fixed distance away from the wearer moving as you move. That lets you play games, or use the display as a giant monitor, or hook into a flying drone for a first-person view. 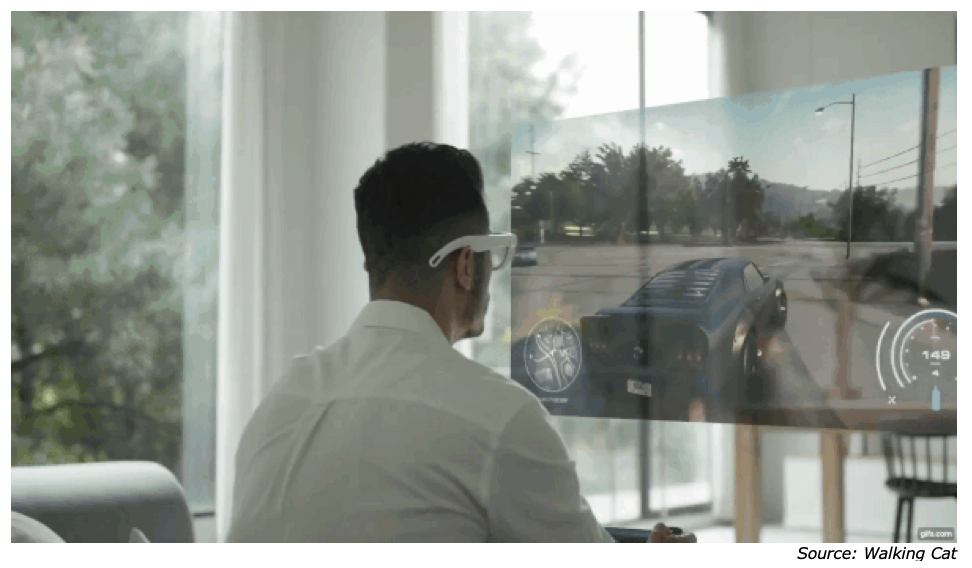 The second video shows “Samsung AR Glasses” and this a little more like a 3D holographic display. Closer to what the Microsoft HoloLens is trying to be, this device seems to project digital objects within the real world both near and far and can be manipulated as you look around. 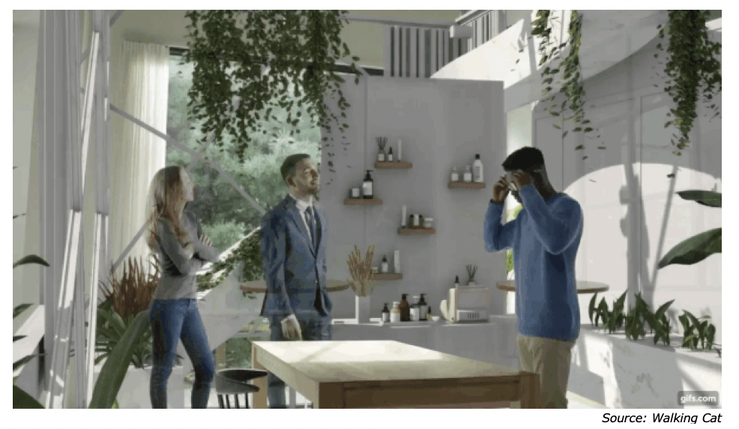 ​Both are absolutely and clearly rendering and animations of devices that definitely can’t do what’s shown. There are really nice ideas here though! For example, using a smartwatch to navigate to different apps and use cases (like, switching from gaming to a movie) while still wearing the glasses, rather than waving your hands or speaking to a digital assistant. Can’t get too excited for the glasses designs here but it’s the concepts that matter here.

The name of the Glasses Lite suggests that there’s a more powerful version. Plus, the design itself is similar to existing AR glasses, in that it’s got thick arms that likely house the battery and other audio components. What’s different is that the lenses appear much thicker from a profile view, and the embedded display isn’t something we’ve really seen thus far. Lastly, the fact that the Glasses Lite video ends with a shot of a Samsung phone, tablet, and smartwatch hints at some interoperability between the four Samsung devices.  It’s not that surprising that Samsung might be getting into the AR game. Given the rumors that Apple is also working on a niche VR headset and AR glasses and Facebook is partnering with Ray-Ban for its AR glasses, Amazon has the Echo Frames while Google and Microsoft have firmly targeted the enterprise space with the Glass Enterprise Edition 2 and the HoloLens 2.