The Galaxy Fold and its sequel, the Galaxy Z Fold 2, have already changed the mobile landscape. Regardless of whether or not foldable display technology is the future, the Galaxy Fold’s arrival to the market appears to have persuaded other OEMs to think outside the box, and this is something that smartphone enthusiasts, whether they’re Samsung fans or not, have been waiting for years. The mobile market has been stagnating for nearly a decade when it comes to design, or at the very least, OEMs have stopped exploring new and interesting concepts. Every hardware and software component has gotten better over the years and, granted, even exterior designs have constantly refreshed as well but they’ve done so without straying from the path laid forth by Apple in 2007.

The Galaxy Fold, the Z Flip and the Galaxy Z Fold 2 have challenged established design paradigm out the window and their existence alone appears to have persuaded a few other OEMs to explore new designs as well. Some OEMs have been thinking outside the box to reinvent their smartphones even without the use of foldable display technology. LG reinvented the dual display device and Microsoft has developed the Surface Duo and LG will soon release d LG Wing – that features a rotating screen on top of another. 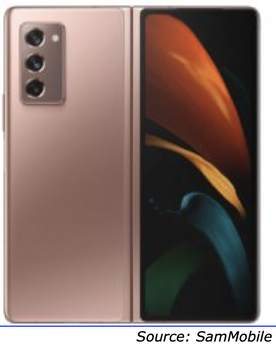 The challenge to increasing the meager market share of foldable devices is to reduce the costs, not a simple exercise as the device includes 2x the display size, an expensive hinge and a number films that are very expensive because of their unique thin form factor.   OPPO’s  Vice President Brian Shen, posted on his Weibo profile a foldable prototype. 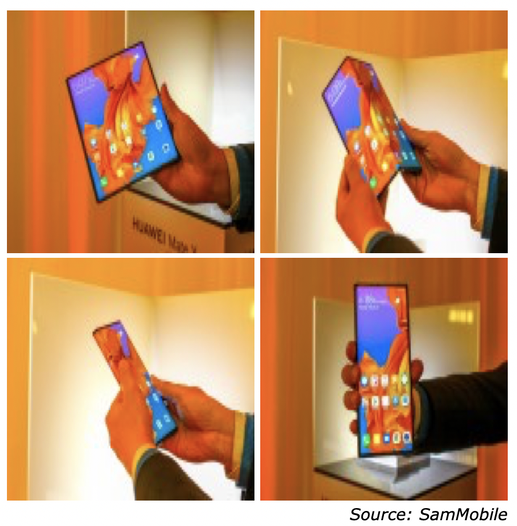 ​The phone looks exactly the same as the Huawei Mate X – a huge display folded outwards, creating two separate screens. There is also a bump or a handle on the side where with the company’s logo and the camera setup in a vertical fashion.
There are two cameras above the dual-LED flash that include a depth sensor.