Samsung Display is reportedly ordering equipment that to expand its small/medium OLED facilities in Asan.  SDC has ordered 30 tower cranes, along with a cargo crane, used to unpack and move other equipment.  Based on the number of cranes ordered, the complex would encompass at least 3 or 4 buildings.  Before the Apple’s shortfall in OLED panel demand, Samsung started planning for what was called A5, which was expected to encompass at least 2 new Gen 6 fabs with the potential for ~180,000 substrates/month. Construction on the site was suspended last year due to weak demand for flexible OLED panels. The restart is expected to take 6 to 8 months, since most of the site work has been completed, SDC has given no indication as to what the fab will contain.

Figure 1: Crane on the Grounds at Asan 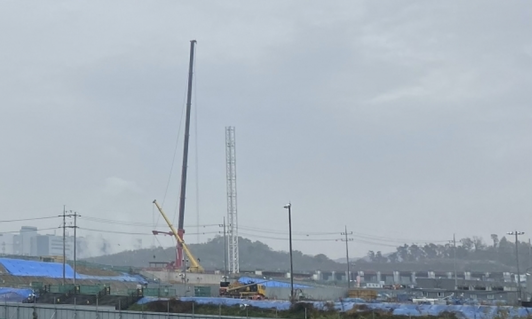