Samsung Display senior vice-president Kwon-Young Choi confirmed during an earnings call that it is developing “innovative form factors such as rollable and sliding displays.” The executive didn’t confirm whether these screens would indeed be for smartphones, but Samsung filed a patent back in 2019 for a rollable phone that resembles Oppo and LG’s efforts. See the render by LetsGoDigitial in the main image below. 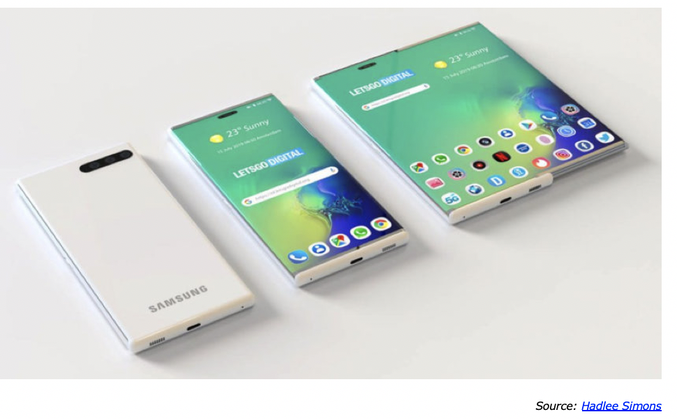 Samsung filed patents related to phones with sliding displays in 2019, which shows a screen that slides down and to the back of the device, revealing a selfie camera and other sensors at the top. In March 2020, Samsung Electronics filed a patent for a “Dual Slidable electronic device”. The documentation was published by the WIPO (World Intellectual Property Office) on January 21, 2021. The apparently normal smartphone is in fact a “dual slidable device”. Both the front and back of the smartphone are provided with flexible material so that you can extend the phone in width. 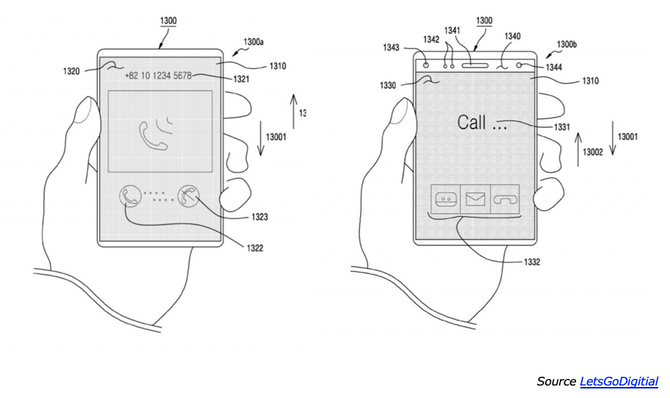 To visualize the patented technology Jermaine Smit, aka Concept Creator, made a set of product images for LetsGoDigitial. 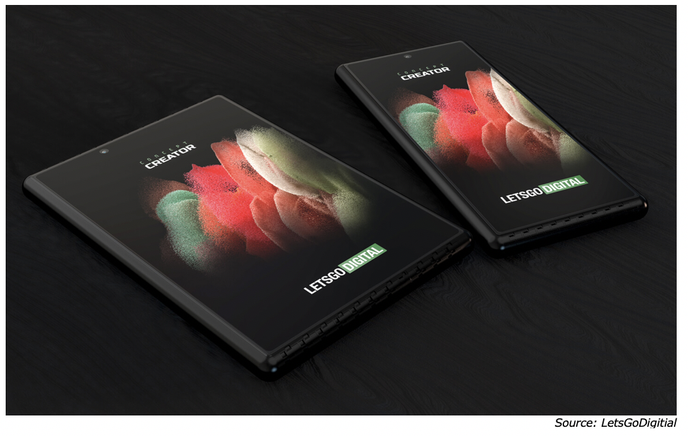 ​The housing has two gears and a gear rail that makes it possible to pull in and out the flexible display. In its most compact form, part of the rollable screen is stored in the housing. A reel element has been fitted for this, around which the screen curls. The same mechanism is also used for the rear, as a flexible material will be used the rear can also be enlarged. In order to make this happen, the frame has also been upgraded. Unfolded, is a screen surface that is roughly 30% larger – which would be in line with the Korean rumor that the 6 ”screen can be pulled out to 8” size display. In its most compact form is a relatively small mobile phone but to use several apps at the same time, then the retractable screen offers the solution. The fingerprint sensor is placed under the screen as are more sensors such as a gesture sensor, a gyro sensor, a proximity sensor and / or an Infrared sensor. 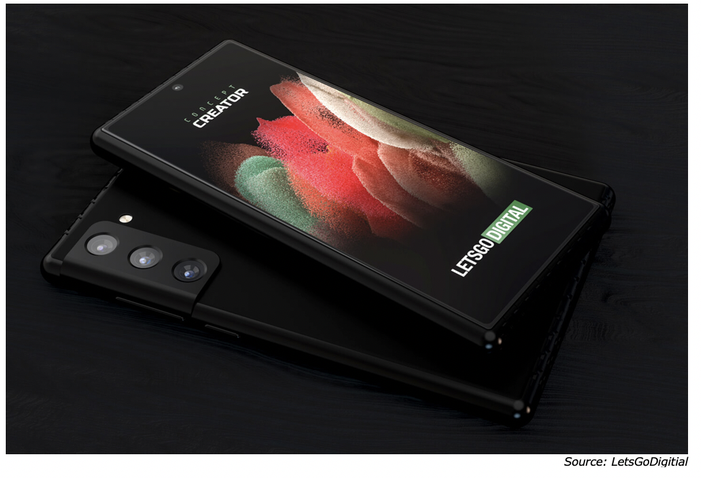 ​The frame of this smartphone is a high-quality design, better than other prototype smartphones with a retractable screen. Samsung has opted to integrate a kind of chain link system at the top and bottom, which can be pulled in and out like a harmonica. As a result, the sturdy frame remains completely intact even when extended – without creating a notch where the device is pulled apart. This benefits both grip and strength, which makes the device feel much more like one solid whole. The chain link system is covered with a flexible foil / cover material, which prevents dust and dirt from entering the mechanism. The documentation mentions the integration of a front camera and a rear camera. For the selfie camera, a punch-hole camera will probably be chosen, as Samsung has also used with the Galaxy Z Flip and Z Fold 2 foldable smartphones. Such a camera system is relatively easy to apply with a flexible screen. The rear camera will be designed vertically and will contain multiple lenses – like the triple camera of the recently introduced Samsung S21, as illustrated in the product renders. Due to the movable frame on top, the camera has only been extended to the side this time. 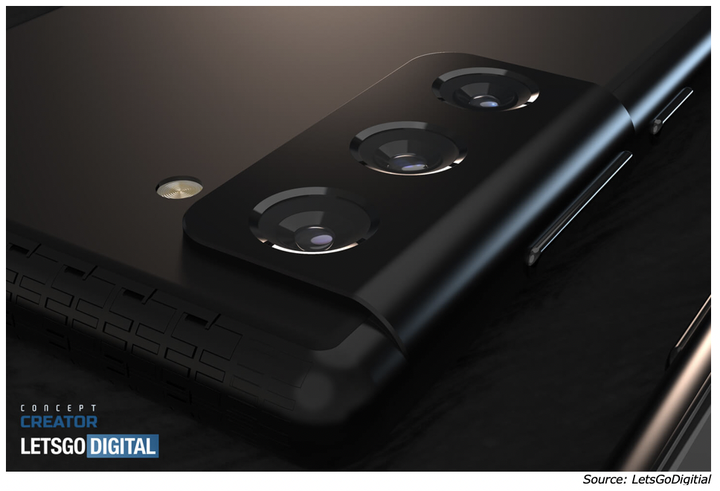