Samsung is discounting 10 of its new TV models within two weeks of releasing them as they lost share in the Advanced TV market and TCL released their 3rd generation  Mini LED TVs, which will soon be available in the US  at prices substantially less than Samsung Neo Series.  In Q121, LGE came within 4% of Samsung’s market share of Advanced TVs and will release a series of Mini-LED/quantum dot TVs through the summer and the remainder of the year, all of which have been announced. 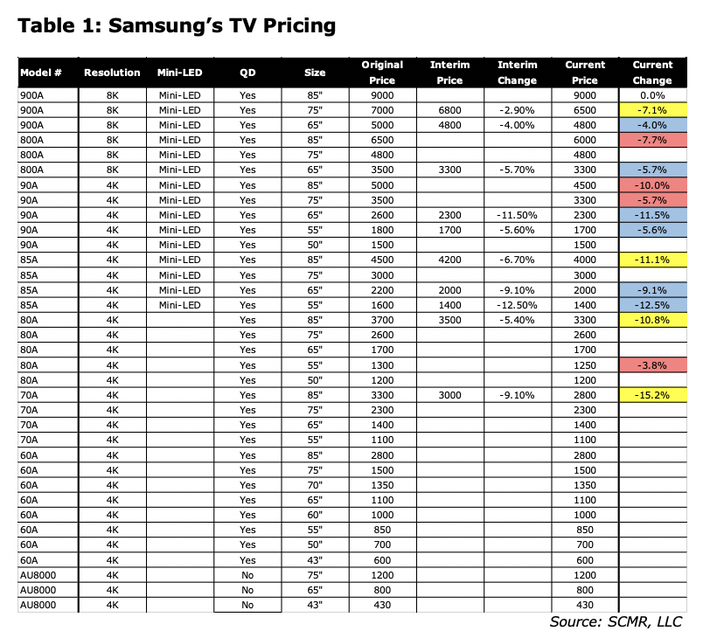 TCL Mini-LED/QD TVs in the US list for $1,600 (75”), $1,100 (65”), and $800 (55”) and have attracted considerable consumer attention.  A number of those sets are being offered at a premium on Amazon (AMZN) as they have been in short supply since their release last September. The table with Samsung 2021 models and discounts shows all of Samsung’s models for this year, with those that have just become discounted highlighted in red and those that were previously discounted but ​remain the same in blue, and those that have been discounted twice in yellow.