Samsung Display’s unusual design patent “Display Device” an ‘ornamental design’ that takes a flat foldable device and folds both the top and bottom sections in different directions. The reason for such a design is unclear, the top-fold is made, it would bring a camera from the back to the front of the phone. Although, a double fold would create a rather thick device, it would not be the first time a patent was requested on the off chance that someone down the road figured out a way to commercialize something similar and would then be required to pay a royalty to SDC.  The original application was made in April 2018, so maybe that accounts for the oddity. 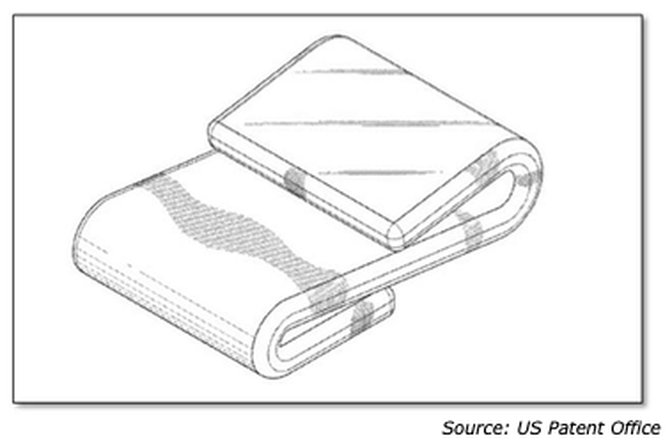 ​Smartphone performance has been “good enough” for all most apps and even games for several generations now, regardless which chipset powers the phone. While benchmarking enthusiasts have continued to seek out the best performers, the chip designers themselves have switched their focus and marketing to things like camera, AI, and networking performance. While part of this lack of CPU boasting is down to the diminishing real-world performance impact, it’s also because most current-gen SoCs use the same Arm CPU cores, albeit with their own small teaks. Apple and Samsung are the exceptions to this rule, but Samsung is always reluctant to draw comparisons from its chip rivals.