Vertical Divider
Samsung Awarded “Diamond OLED” Trademark
​
LetsGoDigital.com spotted a new patent filed on April 19, 2021 by Samsung with the UK IPO. The patent refers to a Diamond OLED trademark that targets a wide array of devices including computer displays, digital signage display panels, display screens for digital cameras, smartphone displays, video monitors, TV panels, wearable displays, tablet screens and notebook displays.
The trademark could be another indication of Samsung Visual’s effort to strike a deal to buy millions of OLED panels from LG by 2022 and it also could be referring to QD-OLEDs form SDC. QD-OLEDs to get commercial brand names that clearly differentiate these new models from LG’s, so the Diamond moniker could work well in this regard. However, LetsGoDigitial suggests that Diamond OLED could as well be used for upcoming smartphone displays. Samsung hinted at new foldable OLED displays with Diamond pixels last year, and the upcoming Galaxy Z Flip 3 models could be the first handhelds to integrate this technology. 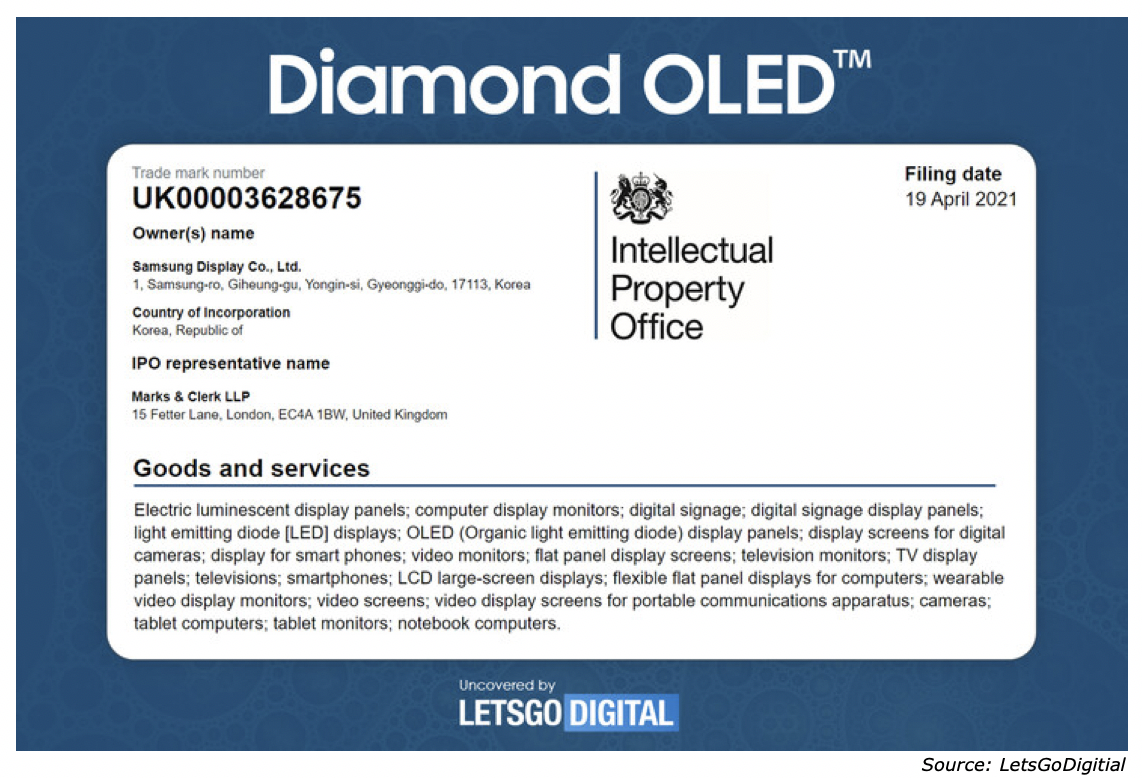 ​Of the various waveguide technologies, the reflective type seems to be the most promising for large scale consumer deployment.  The main advantages are the lower cost, plastic substrate, and lack of color issues.  Optical technologies are finally emerging that will enable consumer oriented wearable AR display products to become a reality in the near future.