Vertical Divider
S21 Selling Well in Korea
​
Samsung Electronics Co. said that domestic sales of its new flagship smartphone series, the Galaxy S21, surpassed 1 million units last week. The S21, which was released here on Jan. 29, achieved the milestone 57 days after its launch, about one-month faster than the S20. But the pace of S21 sales was slower than the S10, which topped the 1 million mark in 47 days in 2019.

Samsung has been introducing new Galaxy S devices in mid-February each year, but this year, the company released the S21 in January with lower price tags. The entry model of the S21 was priced at 999,900 won ($880) here, far cheaper than the low-end variant of the S20 which was sold for 1.24 million won. Samsung said the basic S21 model accounted for 52 percent of the total S21 series sales, followed by the high-end S21 Ultra with 27 percent and the mid-tier S21+ with 21 percent.

Strategy Analytics said Samsung Display was the leader in the smartphone display panel market with 50% revenue share in 2020. 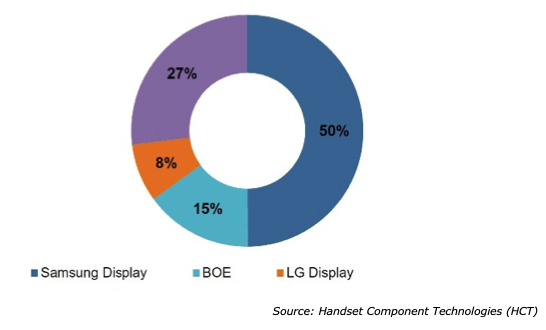