Royole Corporation is seeking a US IPO, aiming to raise $1 billion, reported Leidi.com. The Shenzhen-based firm has been backed by the likes of Knight Capital, IDG Capital, Poly Capital Management and AMTD Group, and has raised a total of $5 billion in capital as of its Series E round.  Royole, founded in 2012, was started by Bill Liu, Peng Wei and Xiaojun Yu, who all studied at Stanford University. Their flagship technology includes the first foldable display based smartphone, but volume has reportedly been less than 25,000 units. Despite the recent unfavorable capital market trends for Chinese ADRs, Royole is looking to raise funds to increase R&D investment in their core technologies. Royole previously embedded displays in hats at the 2018 FIFA World Cup, and the company is working with Airbus to install OLEDs displays in planes and with Luis Vuitton to put OLED displays in handbags. 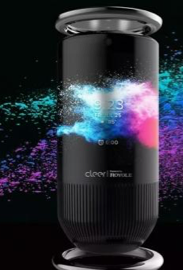