Royole, which released the first foldable smartphone, the company has raised around $1 billion from investors including state-backed Shenzhen Capital Group, and  Chinese venture firms, private investors, and regional and state-owned banks.  Earlier this year the company apparently filed an IPO with the SEC with a valuation over $6b but the revenue and profit or lack of it was insufficient to justify the IPO and it was withdrawn. As an alternative, Royole is considering a listing in China, likely on China’s relatively new STAR market, where requirements and the approval process are more relaxed, or the Shenzhen Tech board, where rules similar to STAR are to be adopted. For these start-up exchanges, the company’s initial performance tends to be more related to what the company forecasts rather than what it has produced, and new listings tend to be a platform for companies with questionable fundamentals Typical US IPO investors , while willing to take on risk need more than Royole’s meager performance before pumping more capital into the company, while STAR investors seem willing to take just about any level of risk. Royole is in a chicken and egg situation, they have great technology and great concepts, but their present fab has little capacity and the company needs to expand. Even the Chinese government is unwilling to subsidize such an undertaking without the entity supplying at least 30% of the new fabs capital. The company claims to have planned production capacity of 50 million screens per year but Royole reportedly shipped less than a million foldable smartphones shipped last year.

Even more constraining is the excess OLED capacity and that the growth in yields by the Chinese OLED panel makers will make the situation even worse. Capex for small/medium capacity in the outyears, 2021 to 2024, are expected to average only $4b/year. 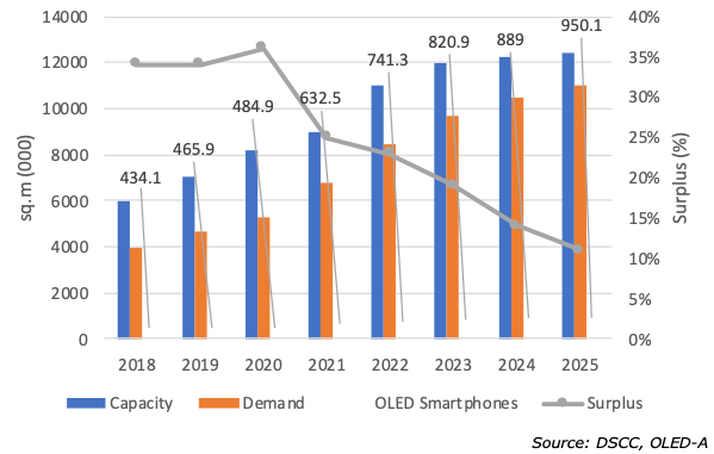