Xiaomi will be producing limited quantities of the Mi Mix Alpha, a fully configured 5G smartphone (with a 108MP camera) that has a screen-to-body ratio of…180.9%!  The phone achieves this feat by wrapping a conformed flexible OLED display around the entire phone, with the exception of a strip on the back that houses cameras and sensors.

The fragility of a phone that will in all probability fall on some part of the display every time is a downside. Further, the user will be faced with the awkward need to turn the phone over to see the additional display and cannot utilize the entire screen at once. The device will cost ~$2,600, which is high for an un-foldable foldable, but the combined team of ~ 1,000 Xiaomi and Visionox engineers has spent 2 years and over $70m developing the concept, without the prospects for mass production. 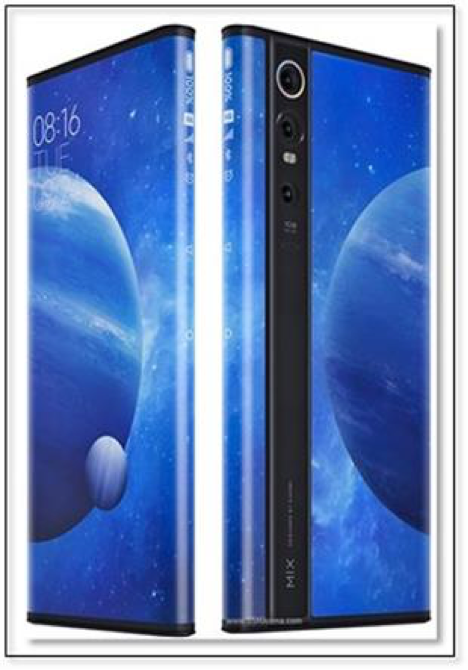 Source: GSMArena
The ‘concept’ phone will be produced only in limited quantities, it is likely a precursor for other fully or partially wrapped-around displays that will offer alternative to foldable smartphones.   The Mi Mix Alpha is definitely an iterative step in the flexible display expansion and could push the industry into finding new uses for the technology.  The short video below shows how excited some buyers get when they see the Alpha. -- https://youtu.be/dLx2n5a5bMQ
​