Vertical Divider
Revisiting DisplayWeek – Under Panel Sensors
​
OTI’s Michael Helander addresses one of the key design issues for mobile displays; how to place the selfie camera under the display without distorting the image over the camera while providing sufficient light for the camera to function.  Similar issue exists with the fingerprint sensor although the parameters are not as critical. Current solutions are sub-optimal as the notch solves the problem by reducing the screen to body ratio, while the punch hole just puts the camera cutout in the middle of the screen and the flip camera just adds another component. ZTE implemented an under-panel camera but the solution was ineffective as it provided insufficient light to the camera and the difference in the pixels over the camera were noticeable. Michael broke the problem down into the following parts:

​Although several approaches are being considered, including  changing the cathode material to make it more transparent or laser ablating the back of the cathode, OTI posits their proprietary CPMTM pattern holes in the cathode, but still transmit the necessary current. It requires no additional mask steps and is fully compatible with existing manufacturing processes. This solution has been successfully tested by Samsung, LG and others in Gen 4.5 R&D fabs according to Helander. In addition, it appears that by shifting to LTPO, and the use of oxygenated IGZO TFTs, there is less blockage of the light through the active matrix.

​Helander commented that the full UPC solution will only be used in the high volume smartphones after it has been fully qualified to avoid any missteps in mass production. 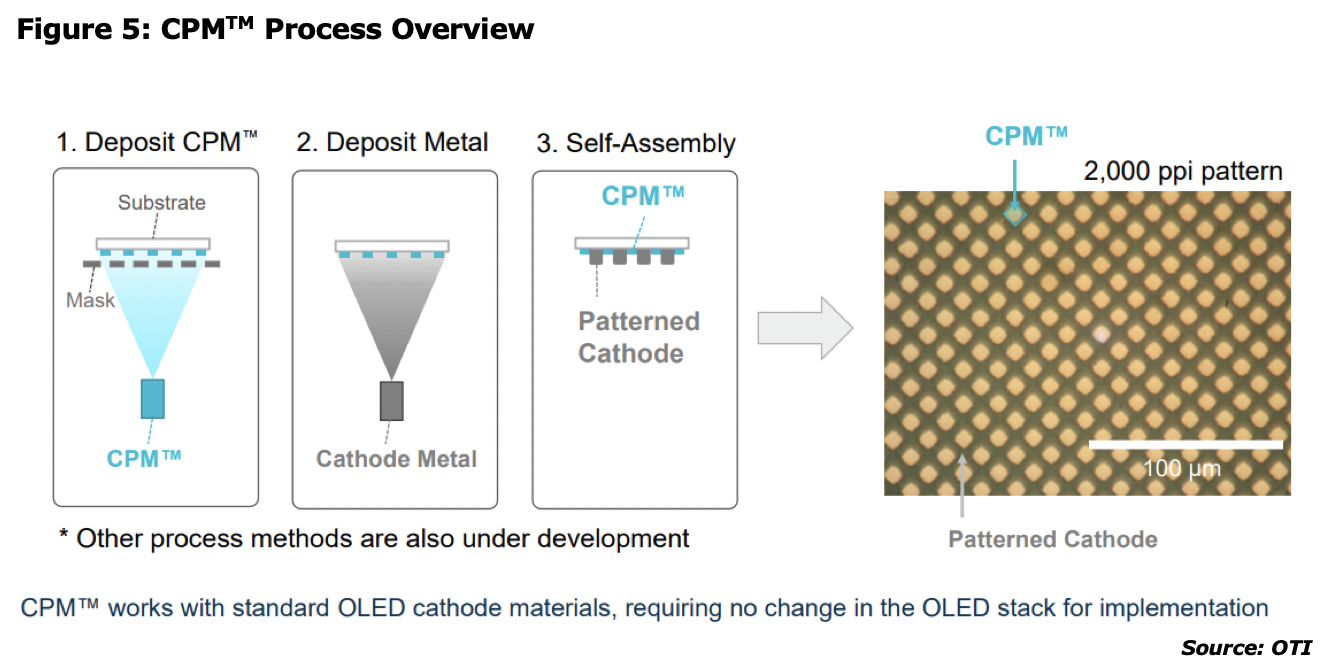