FRL published a new research paper concerning a prototype “reverse passthrough” headset, a reference to a VR headset that lets users see their surroundings while also letting other people see the user’s eyes through the front of the headset. It’s not AR glasses, but more like two-way video goggles. Check out the picture, courtesy of Facebook. 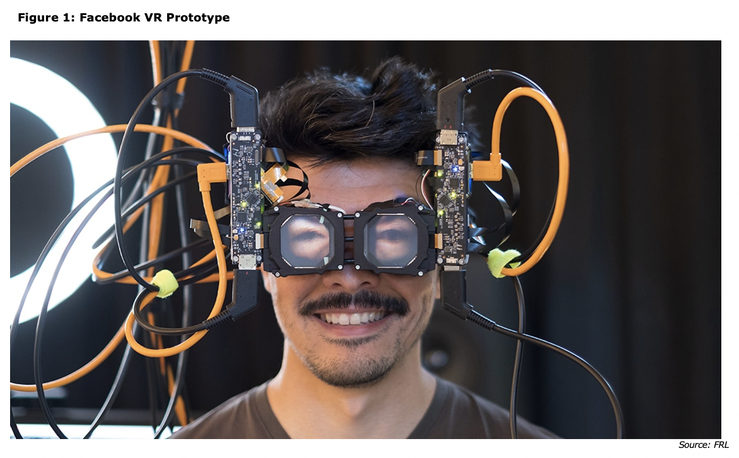 ​The existing prototypes are some of the most speculative, out-there VR work Facebook has shown to date. FRL Chief Scientist Michael Abrash said the reverse passthrough was “kind of a goofy idea” when he saw the first version, which plastered a virtual recreation of the user’s face on a screen facing out from the headset. Facebook believes reverse passthrough could be key to letting VR users feel naturally “present” and free to interact with anyone in the world—a goal for VR that’s questionably attainable. In other words, Facebook wants people to look past the odd prototype and trust the vision. The latest reverse passthrough prototypes have been integrated into an older prototype with advanced features that have yet to make it into Facebook’s commercial headsets, like eye tracking and varifocal lenses. Take away the silly looking eye screens on the prototypes and maybe we’re left with a better picture of what Facebook’s next headset could be capable of.