In December last year, Xiaomi’s sub-brand Redmi launched its first 5G-enabled device— the Redmi K30 5G. The device was soon followed by the Snapdragon 865-powered Redmi K30 Pro and, most recently, the Redmi K30 5G Racing Edition. All three devices come with an affordable price tag, making them some of the best value 5G devices in the market today. Now, the company is planning to launch yet another 5G-enabled device, which has recently been spotted on Chinese certification authority TENAA’s website. The upcoming 5G device from Redmi bears resemblance to the company’s budget-centric Redmi Note 9 series and has a similar square camera module on the back. Unlike the Redmi Note 9 series, however, the device features a triple camera setup and utilizes the fourth slot in the camera module to house the LED flash. The device measures in at 164.15 x 75.75 x 8.99mm and weighs 206g. According to the TENAA certification, the device packs in a 6.57-inch OLED display with a resolution of 2400 x1080 pixels. It’s powered by an unnamed SoC that’s clocked at 2.6GHz, coupled with up to 8GB of RAM and 256GB of onboard storage. The listing further reveals that the device will be available in 3 RAM/storage variants — 4GB/64GB, 6GB/128GB, and 8GB/256GB — and will include a microSD card slot for expansion up to 2TB.

In the camera department, the upcoming Redmi 5G device features a 48MP primary sensor, a 16MP wide-angle sensor, and a third unspecified camera. Since the listing reveals that the device doesn’t feature any optical zoom, we believe that the third camera could either be a depth sensor or a dedicated macro camera. Furthermore, the listing also confirms that the device will include a 3.5mm headphone jack and a 4,420mAh battery. Other features include fast charging support, a gravity sensor, a proximity sensor, an ambient light sensor, and an in-display fingerprint sensor.
hasn’t revealed any official details about this upcoming smartphone. We’ll update this post as soon as we receive more information about the device. From: xda-developers.
Figure 11: Redmi Note 9 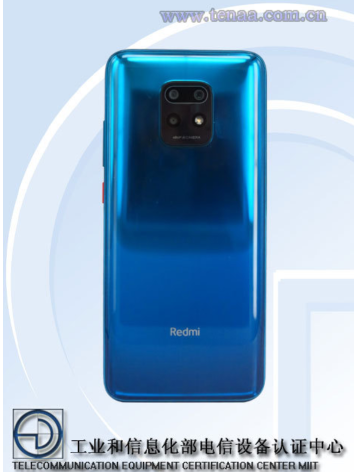