Red Magic 6 builds on its gaming phone traditions of its predecessors and it does it all for less than $600. It is drive by a Snapdragon 888 with a 165Hz OLED display, active cooling, at least 12GB of RAM, and hardware shoulder buttons. But like its predecessors, the software could be improved, and the update situation is hazy at best. A typical gaming phone differentiates itself from other high-performance phones by including extra gaming-specific features like active cooling and shoulder triggers. These are backed up by the latest processors and the fastest displays. The Red Magic 6 has everything expected from a gaming phone including the industry’s first 165Hz display — a significant upgrade from the 144Hz display found in the Red Magic 5G

The Red Magic 6 and Red Magic 6 Pro will be available globally from April 15. The phones will be available in Asia-Pacific regions, Europe, Latin America, the Middle East, and North America. Its main competitors are gaming phones like the Asus ROG Phone 5 and the Black Shark 4, as well as affordable flagships like the OnePlus 9 and 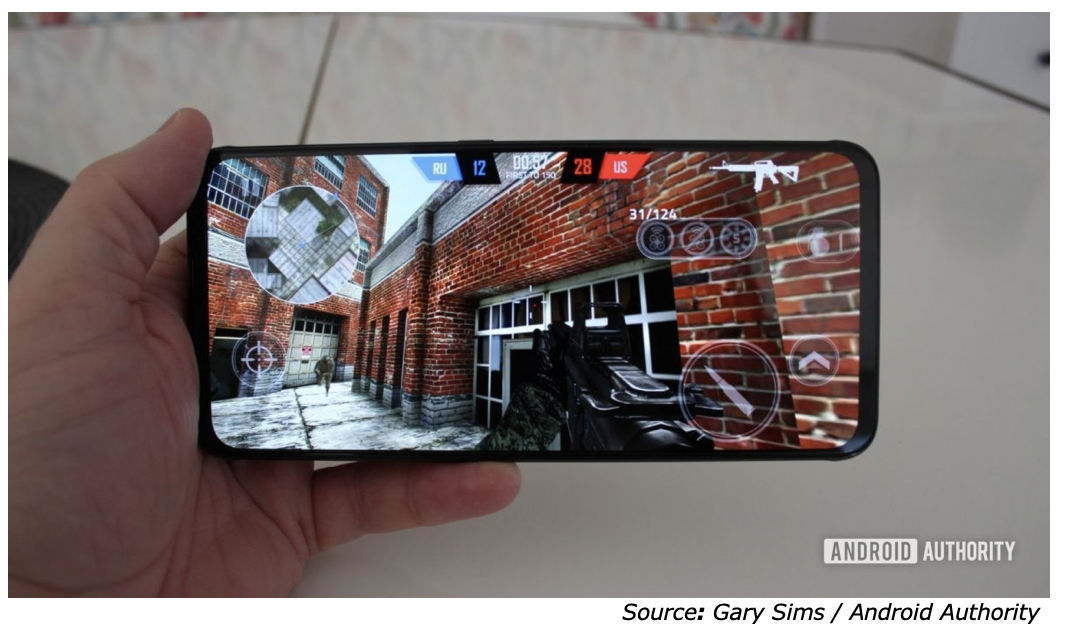 A 165Hz refresh rate is not the only industry first for the Red Magic 6. It also includes a CPHY-DSI interface that connects the Snapdragon 888 to the display. According to Nubia, using CPHY-DSI means the data is sent twice as fast to the display while using less power. To get the most from a high refresh rate display you need to play games that support more than the standard 60Hz refresh. Not all games do. Nubia claims there are over 100 games that support 165Hz including Real Racing and Dead Trigger 2, but don’t expect to see a difference all the time as many games on the Play Store still don’t support higher refresh rates. Also remember not to confuse frame rate with refresh rate, as these are two different things. One of the Red Magic 6’s most useful features is the pair of capacitive shoulder triggers. The clever thing about them is that they work almost any game; there is no need for special versions or additional support from the game makers. The way they work is that you can map any point on the screen to one of the triggers. These mappings can be saved on a per-game basis, meaning that once you set up a game, the Red Magic 6 will remember how you want the triggers to behave. In a game like Asphalt 9, you press one part of the screen to drift and another to use your nitro. With the shoulder triggers, these can be mapped to the left and right buttons so that you can play the game mostly without touching the screen.

Now the bugs—While is better than previous iterations of this series, and gaming-specific features like Game Space and the customizable triggers

·       Under-display fingerprint reader:  The under-display fingerprint reader on the RedMagic 5G was terrible, but the reader on the Red Magic 6 is great.
·       Audio: The Red Magic 6 has two speakers, offering a true stereo experience. The earpiece doubles as a speaker, it is front-firing. It is joined by a downward-firing speaker on the bottom and there is a headphone jack on the top edge. But, as is often the case, using headphones is probably more polite, and will deliver the best overall experience.
·       No IP rating: The phone doesn’t have an official IP rating for water and dust protection. This is fairly common for gaming phones, but there are some phones at the $600 mark that do have official protection ratings.
·       Wi-Fi 6E: The Red Magic 6 supports Wi-Fi 6E — the latest and fastest Wi-Fi standard and has access to the 6GHz spectrum. The Red Magic 6 builds on the gaming phone traditions of its predecessors and it does it all for less than $600. The Snapdragon 888 is great, plus you get a 165Hz display, active cooling, at least 12GB of RAM, and hardware shoulder buttons.