As flagship smartphones increase in price ; In 2014, $750 would buy the best-of-the-best, flagships are almost twice that price for the absolute best. As OnePLus recognized with the Nord, there’s a thriving mid-range device market, where $300 to $700 gets a less fancy, but still good, product. The Realme X3 SuperZoom. Retailing at €500 is a top variant, and seems like a pretty great deal for a new smartphone on the surface. 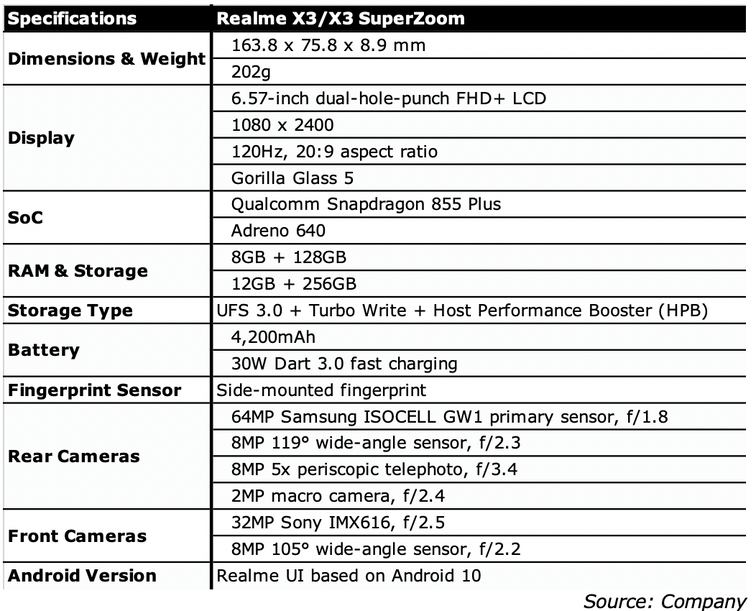 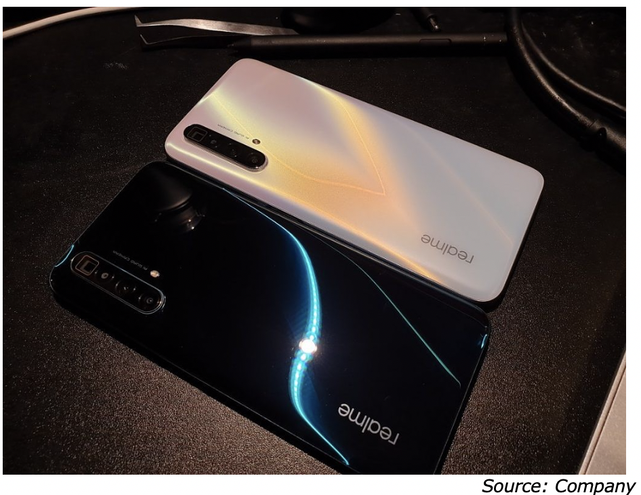 The processor on the phone is a Qualcomm Snapdragon 855+, a year-old processor  as a cost-saving measure, and a way to avoid having to add costly 5G components. The phone includes 12GB of LPDDR4X RAM and 256GB of UFS 3.0 storage for €500,  The display is an LCD and not OLED, which means no under-display fingerprint scanner. Instead, it’s embedded in the power button on the side, just like on the Galaxy S10e. Unlike the other OPPO smartphones, the haptic feedback on this phone has sharp vibrations, with no spin-up or spin-down.

The Realme X3 SuperZoom comes with Realme UI 1.0 based on Android 10. which is still just a lightly modified ColorOS, with most of the same annoyances and compromises. A while back, Realme had said that their aptly-named Realme UI would be close to AOSP. Flash-forward to now and that’s definitely not the case. I’ve even dug through the ColorOS system code. It seems that “Realme UI” is just ColorOS with different options enabled. All the features and changes present in Realme UI are also present in ColorOS but just disabled.

In daily usage, battery performance isn’t a problem. Apps open quickly and multitasking is a breeze (thanks, in part, to the huge 12GB of RAM capacity). Animations are almost always smooth, and interactions are almost always instant. Scrolling is also fluid thanks to the phone’s 120Hz display refresh rate. The only time the Realme X3 SuperZoom stutter is in Chrome, which occasionally freezes.

Like most phones from 2019 and early 2020, the Realme X3 SuperZoom four cameras on the back and two on the front. One of the main selling points of the Realme X3 SuperZoom is the telephoto camera. Realme says this camera can zoom up to 60X, with a native optical zoom of 5X. The camera viewfinder itself has shortcuts for 2X, 5X, and 10X, with up to 60X being available with the classic pinch-zoom gesture. In my testing, photos taken at 2X and 5X zoom levels are pretty great with excellent detail retention, color reproduction, and exposure. Even 10X zoom level photos turn out decently enough in the same metrics for simpler shots. Zooming past 10X also results in incredibly difficult-to-take shots, since even a vibration from a single notification can jostle the viewfinder. The display on the Realme X3 SuperZoom is an IPS LCD, which means Realme couldn’t implement features like an in-display fingerprint reader or an AOD. There is a standard 2020-grade dual hole-punch cutout and doesn’t have water resistance. The Realme X3 SuperZoom 120Hz display supports auto-refresh rate switching in Realme. The UI prefers to keep the phone at 60Hz, but 120Hz can be prioritized.  The X-series of smartphones has generally been vivo’s camera-focused lineup. While still photography has generally been the primary focus for the X-series, Vivo has decided this time to focus on video stabilization as the key selling point of the X50 Pro. Not only that, but the Vivo X50 series represents the first time that Vivo is launching X-series devices outside of China. 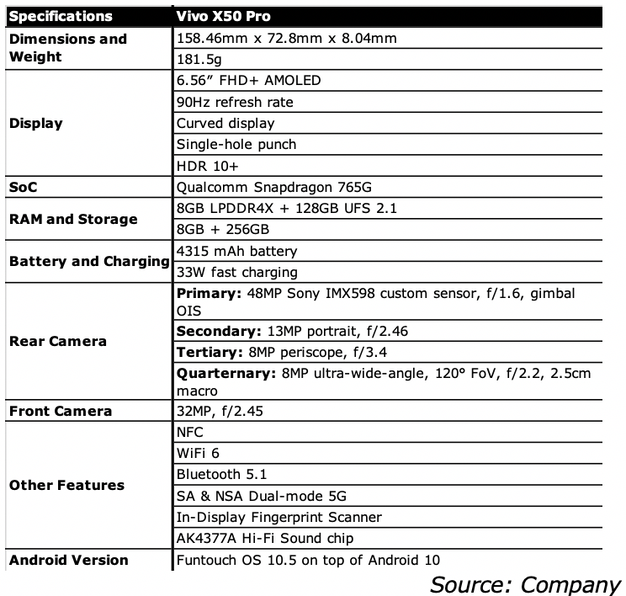 ​The primary camera is a 48MP Sony IMX598 custom sensor with an aperture of f/1.6. This camera is stabilized by a “gimbal” OIS setup. vivo says this setup is 3 times better at removing handshakes compared to a conventional OIS setup. The secondary sensor is a 13MP portrait lens with 2x optical zoom and an aperture of f/2.46. The third senor is an 8MP 5X periscope zoom lens with an aperture of f/3.4. This zoom lens provides for 5x optical, 10x hybrid, and 60x digital zoom. The fourth and final sensor is the 8MP ultrawide angle sensor with an aperture of f/2.2. It has a field-of-view of 120 degrees and supports macro photography with a plane of focus of up to 2.5cm to the lens. All around, the camera hardware vivo is using in the vivo X50 Pro is top-notch and on par with other flagship smartphones in 2020.