The Motorola Razr 2 or, as it’s being officially named, the Motorola Razr 5G is a follow up to the Motorola Razr, which reached the market earlier this year. It features a refined design, expanded functionality, and 5G to set it apart from the first-gen product. Available this Fall at a price of $1,399. 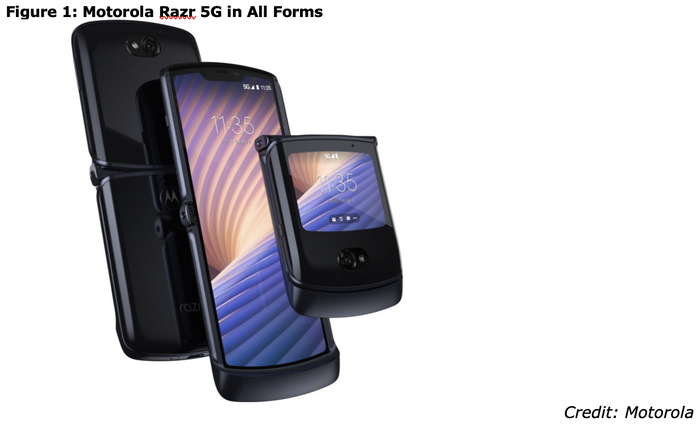 ​The Motorola Razr 5G doesn’t stray far from the idea behind the original, which was to merge nostalgia for the flip phones of old with the folding display technology of 2020. The phone is a compact device when folded and a normal-sized smartphone when opened.

The Motorola Razr 5G sports a folding design with two displays: a 2.7-inch outer “quick view” display and the main inner screen. The 6.2-inch inner screen is a traditional Full HD+ affair, but it’s decidedly low on pixels at less than other flagships. A chin sets the design apart. Motorola says it tapered the chin on this second-generation product to make it easier to grip and interact with when it comes time to balance the phone. (The company moved the fingerprint reader from the chin to the rear of the phone, which makes it easier to reach and interact with.) The chin holds the phone’s four 5G antennae. Speaking of 5G, the phone adds support for sub-6GHz 5G, which means it is compatible with the current 5G networks of AT&T and T-Mobile. The 48MP camera can be used as the main camera or a high-end selfie shooter. There’s also a dedicated selfie camera when the phone is held normally. The Razr 5G can record video at a maximum 4K at 60fps. Motorola opted for  the lower performing  Qualcomm Snapdragon 765G chipset, not the 865premium chip that powers most other modern flagships.  The phone has a meager 2,800mAh power cell inside. Most flagships have battery in the 4,000-5,000mAh range. 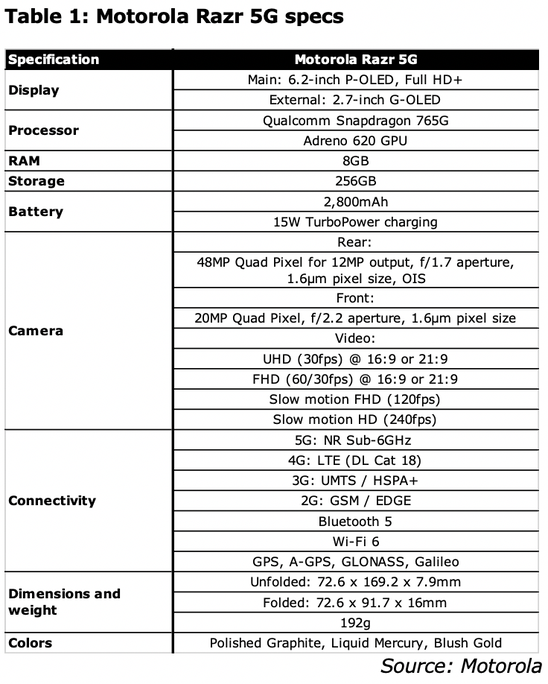