In 2019, most Android high-end flagships used the Qualcomm Snapdragon 855 SoC or slightly overclocked 855 Plus, the latest in Qualcomm SoC hardware which includes CPU and GPU processors, image processing, 4G LTE, and just about everything else. SoC’s are selected balancing performance versus cost and efficiency, and Qualcomm is really the only option for maximum performance, while competitor 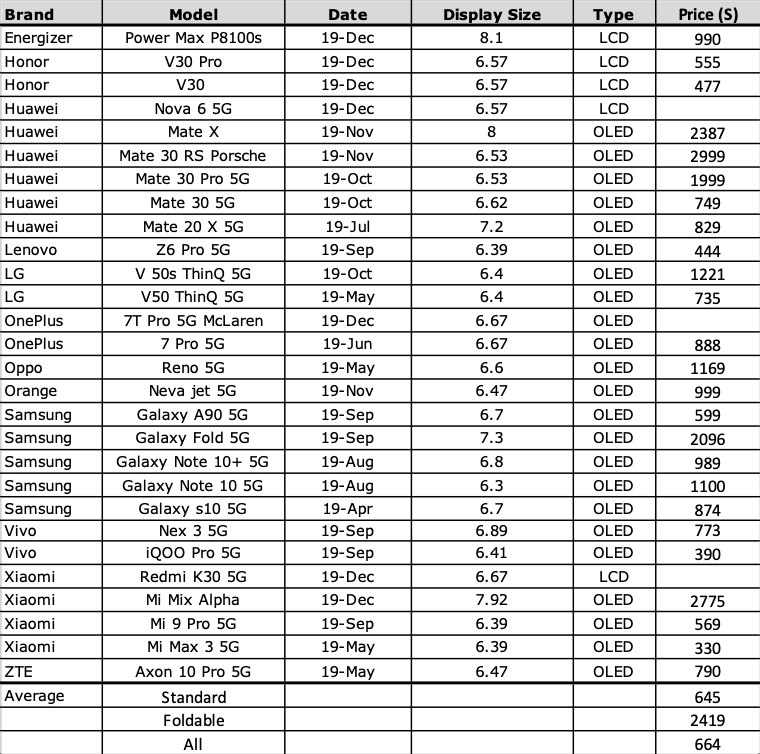 Source: GSMArena
Qualcomm didn’t bundle its modem silicon onto the 865 chip, as it has done with its previous processors, as it explained was a better solution back in 2012, and as it has done with its new Snapdragon 765G processor.
Access to 5G in major population centers will be limited until late 2020 at the earliest, so battery life problems and hot devices being thermally throttled might not eventuate. But the 865 isn’t going to be the default option as the first new device to sport this latest range of processors, the “affordable flagship” Redmi K30 5G took the 765G SoC option, despite the performance gap to the 865. That may be a sign of things to come, or manufacturers might raise battery capacities and overall phone sizes again to compensate.
“As for when we’ll see an 800-series Snapdragon with an integrated modem? Apparently, we’ll have to return to Maui next year to find out. It will be 2021 before smartphones offer both premium-tier 5G performance with the area and energy benefits of an integrated chip.”

Samsung Display has been and will continue to be the beneficiary of the transition to 5G, citing the transition to 5G is a stimulus for their small panel OLED business in 2020.   Of the 28 5G smartphones that have been announced and/or released this year, 23 had OLED displays (82.1%), and that includes a number of foldable 5G devices that would have to be OLED. There were no LCD 5G phones released at any time this year other than in December, but as 5G spins down to the mid-range five of the seven 5G phones released or expected to be released in December were LCD and two OLED.

Much 5G smartphone demand will come from China and South Korea, where deployment is moving relatively quickly and carriers are devising data plans that are quite flexible, but even with a potential Apple 5G entry in 2020, such a release would likely come late in the year, and while it would certainly be a factor in the LCD/OLED 5G question, it would have its biggest impact in 2021.  5G is expected to modestly increase smartphone shipments in 2020, with OLED capturing the lion’s share, especially early in the year when high-end 5G smartphones are released at CES or Mobile World Congress, but LCD based 5G phones should take greater share share as the year develops and more extensive 5G build outs occur.