Vertical Divider
QD-OLEDs in the Raw

Samsung Display published a website with information about its new QD-OLED display technology, to be used by Samsung Visual for 55” and 65” TVs in mid-2022.

The company explains that a 'blue self-luminescence' layer uses blue OLEDs that at some future point could be replaced by blue nano-rods. Blue light is converted to red and green (for RGB pixels) through the use of quantum dot color converters as opposed to color filters in current displays such as LCD and LG's WOLED. The performance difference being 15% light loss vs. a color filter that averages 50% loss. The QDs are applied using an IJP from SEMES a Samsung owned subsidiary. If Samsung switches to nano-rods, it will deposit them using a SEMES IJP. 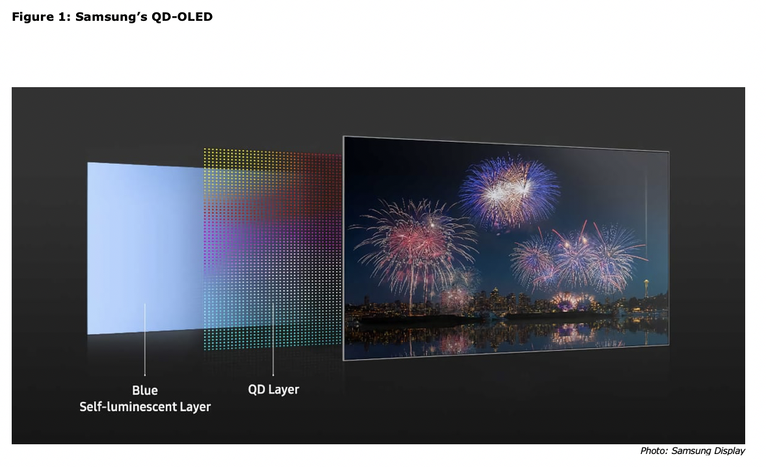 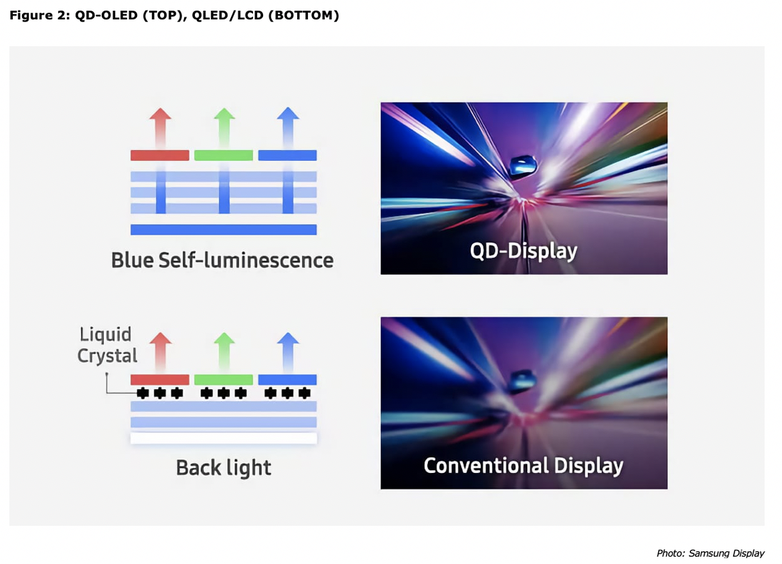 Samsung's new OLED panel type will also have wide viewing angles, fast response time, and low reflectivity. In addition, Samsung said that it "reduces 'harmful blue light', which can be dangerous to your eye health, by 40 to 50% over LCDs, and this is the lowest level of all current displays". Samsung said, "The better the display shows the blacks, the brighter it looks", since the eyes adapt to the light ambient light, which is why peak brightness cannot be used as a yardstick for HDR picture quality. A display's HDR picture quality is determined primarily by its dynamic range, or contrast. ​ 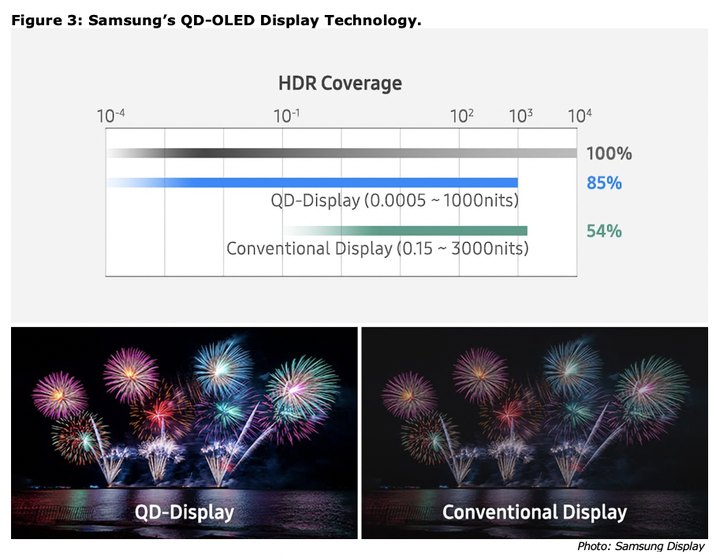 ​The big takeaway is that Samsung Display refuted most of Samsung Visual’s market ploys pumping up QLEDs vs. OLEDs. Samsung Display compares QD-OLED to LCD – such as current the Samsung "Neo QLED" or "QLED" LCD TVs – highlighting the advantages of self-emitting display technology, which will likely be used by LGE when it competes with Samsung’s QLEDS.