DSCC released its Quarterly Advanced TV Shipment and Forecast Report with
Advanced LCD TV revenues increased by 51% Y/Y as the overall TV mix shifted to large sizes and set makers did not pass along panel price increases, which continued rising during the quarter. OLED TV revenue share of Advanced TV increased from 36% in Q220 to 51% in Q221, as OLED took a majority of Advanced TV revenues for the first time since 2018.
Samsung maintained its #1 position, but its lead over #2 LGE dropped from 16% at the end of 2020 to 5% in Q221.  Samsung overall share was 38%, its lowest since DSCC began reporting on the category in Q118. 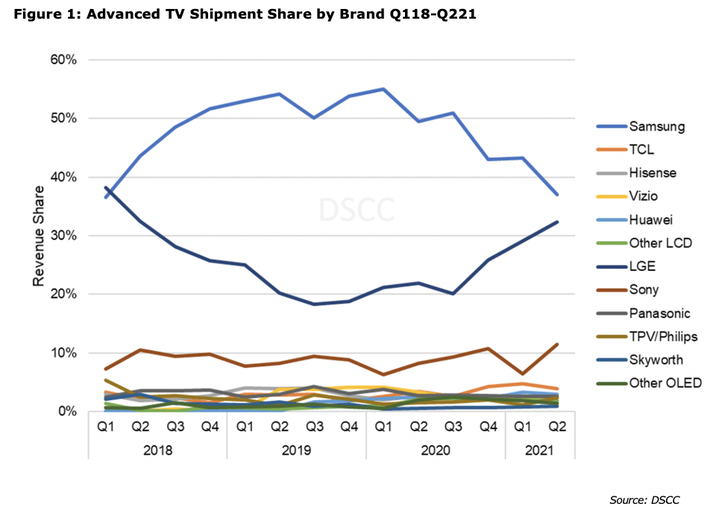 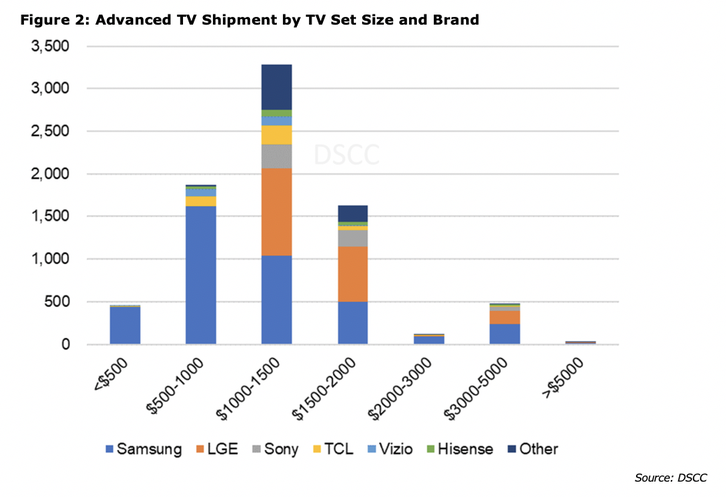 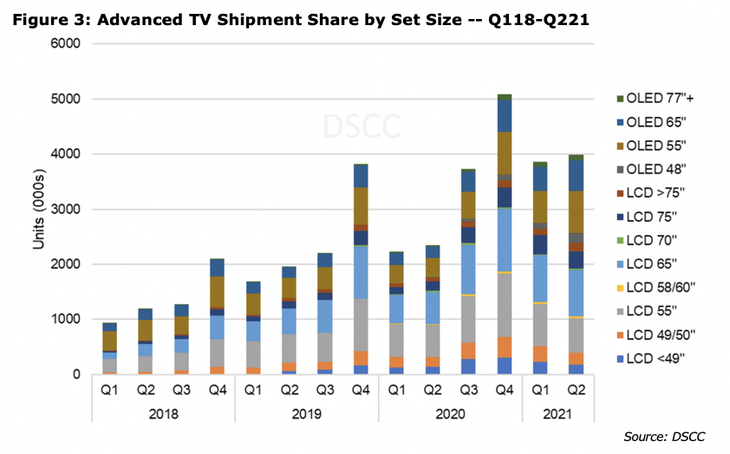