UBI Research reported that mid-to-large-sized OLED panels had demand surging in Q121 resulting in 156% growth Y/Y. According to the UBI research, sales from the segment was $1.45 billion, up 17% sequentially. 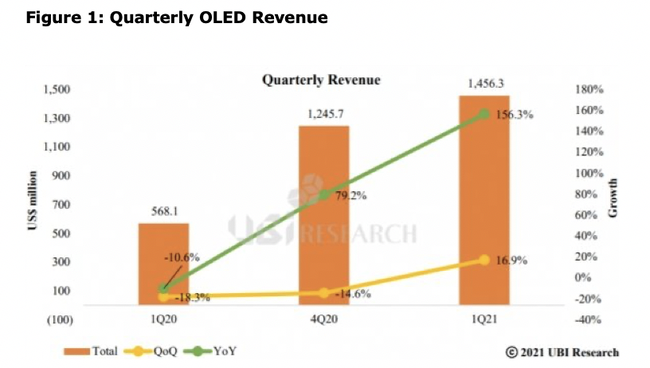 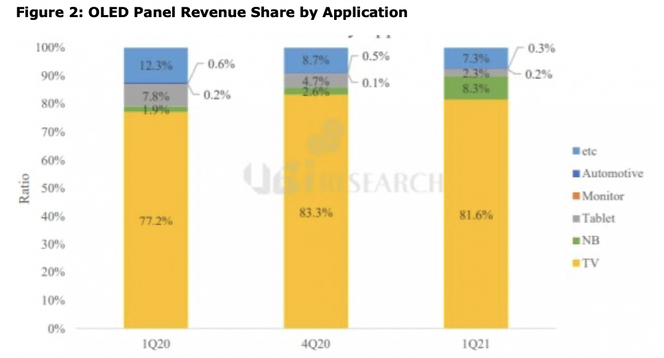 ​Small/medium panels also experienced a surge in their shipments out of South Korea during the first quarter as 140 million units were shipped within the quarter, up 32.4% Y/Y, although volume was down sequentially, which is normal. Samsung continues as the leading supplier of OLED panels, with 79% of small OLED panel shipments while LG is 2ndwith an 11% share.

​UBI Research added that 57 smartphones with OLED displays were released in China in Q121, double the number models launched in the same quarter last year.