MyDrivers uncovered a prototype folding phone that unlike existing folding phones articulate freely around its hinge. The display can ostensibly support folding both inward or outward. DC predicts that in order to meet the increasingly differentiated needs of high-end users, more folding screen products will enter the market one after another, and the market capacity will gradually increase.

BOE claims to be the only company that mass produces both flexible outer and inner fold displays. Of course, since Huawei adopted the inner folding type, there are no major OEMs with outward folding phones. BOE adopted a multi-neutral layer model design, which effectively reduces the stress of flexible "outside fold" and "inside fold", with a low crease effect of flexible "inside fold" and "outside fold", and the folding life reaches 200,000. 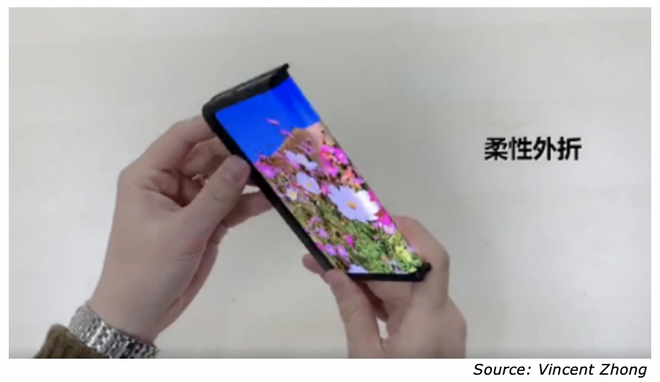 ​BOE is producing foldable displays with a bending radius of 3 to 5 millimeters (mm), rated to survive up to 200,000 folds each at their respective relatively advanced extents. Contrast that with SDC’s foldable panes where the radius is down to 1mm with 200,000 folds. The "multi-mode" concept device leak found its way to the  Digital Chat Station, hinting that Huawei might like to pick it up for a "Mate X3". Omdia forecasted 10m units in 2021 and 60m units by 2025.

There were around ~2.5m foldable devices shipped in 2020 and the volume is expected to grow to 5m in 2021, with SDC producing 7-8m panels and the Chinese, BOE, CSoT and Visionox building ~1m. Currently, Samsung is selling the Z Fold 2 and the Z Flip 5G out of inventory and the replacements scheduled to arrive in July. DSCC’s last foldable panel forecast is shown below. 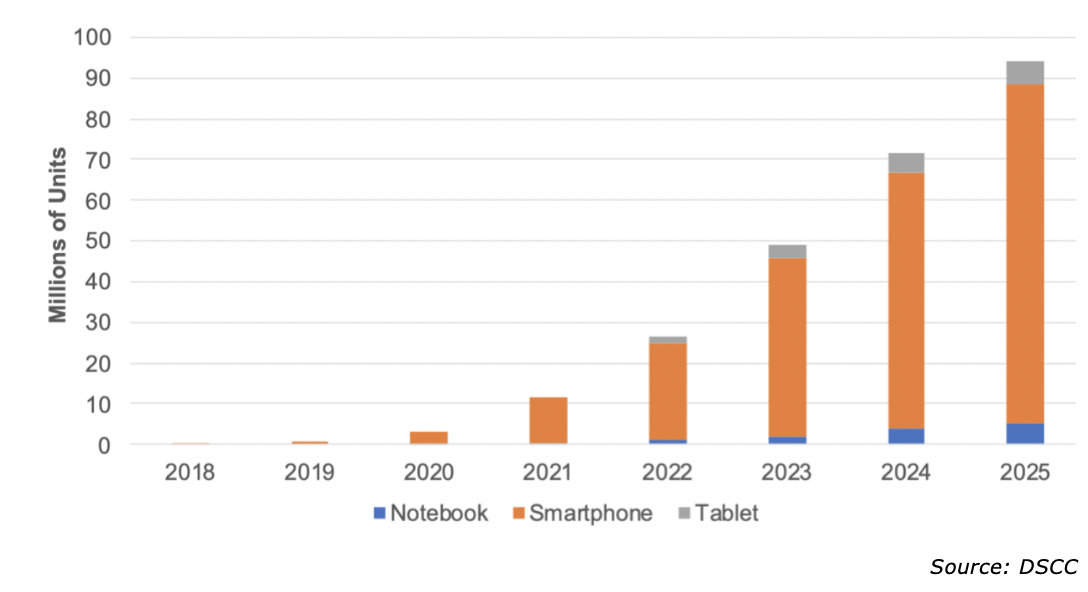 Google Pixel devices have not been impressive in terms of hardware, however, the brand tried to make up for that in the software end. Last year's Pixel 5 shipped with a midrange Snapdragon 765 and not the flagship Snapdragon 865+. The Snapdragon 888 could be used in the Pixel 6. 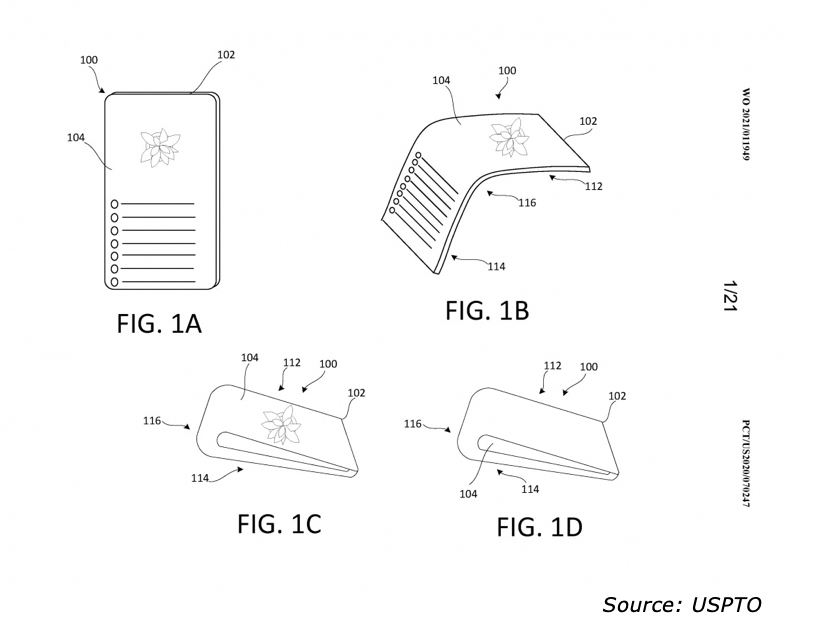 ​Another interesting rumor suggests that the upcoming Pixel may be a foldable device. This comes from two patents published by Google in January 2021. Further, the patent showcases a Samsung Galaxy Fold like hinge design, which turns into a bigger tablet-like display when unfolded. Apart from this, Google patent also showcases an outward folding design.

The upcoming Pixel 6 should come with a flagship SoC, increased RAM and storage amount. Google has received a lot of flak in the past for putting in mediocre hardware on previous Pixel devices. Therefore, we can expect at least one device in the upcoming Pixel lineup to ship with flagship hardware. In terms of optics too, the upcoming Pixel 6 might see a hardware upgrade. Especially, looking at the current scenario where devices like the S21+ Ultra, iPhone 12 Pro and more have started edging in the territory ruled by Google Pixel once. Google would be desperate to take the crown of Apple's best camera phone with its upcoming Pixel 6. The camera specs of the Pixel 6 have not surfaced online.