Vertical Divider
Pre-Orders for Samsung  Z Fold 2 4X the Fold
​
The original Samsung Galaxy Fold pre-order amount in Korea was said to be only 1,000 units, with only a total of 30,000 units offered in total, while the initial batch of Galaxy Z Flip was said to be 20,000 units, all sold within the 1st week “ The next model, the Galaxy Fold 2 is still in the pre-order stage in South Korea, which has been extended from 2 days to a week because demand has exceeded original expectations, said to be ~50,000 units.  Current pre-orders are over 80,000 units in Korea according to Samsung, with some Korean carriers stating that they are “selling like hotcakes.” A Samsung Electronics executive revealed 1m Galaxy Foldables sold last year, which was considerably more than estimates, but only a month later Samsung Electronics’ co-CEO revised that number to “I think we’ve sold 400,000 to 500,000 Galaxy Fold smartphones.”, With the official release date of the Galaxy Fold 2 in South Korea moved to September 23, the early sales should be much higher than the Z Flip even at a price point ~30% above it. Samsung has recently indicated a tighter bend radius, which will reduce the bulk of newer devices.  The successor of the original Huawei Mate X was set to launch before the end of this year but due to hardware sourcing restrictions, the release will be postponed for 2021. Since both, the Mate X and Mate XS used Chinese-made BOE foldable displays the panels likely aren't the issue, but  shortages of the new Kirin 1000 chipset is a problem. Huawei's refined foldable device was expected to adopt an in-folding design, similar to the Z Fold.  Given Huawei’s troubles they likely won’t be a competitor, but as we reported last week, Xiaomi, OPPO will release foldables in 2021, and Apple’s order for foldable displays is proof of their interest. In 2021, foldable smartphone shipments should reach close to 6m and then grow to 66m by 2025. Foldable Smartphone revenue in 2020 is forecast to reach almost $10b and by 2025 it could reach $66b. 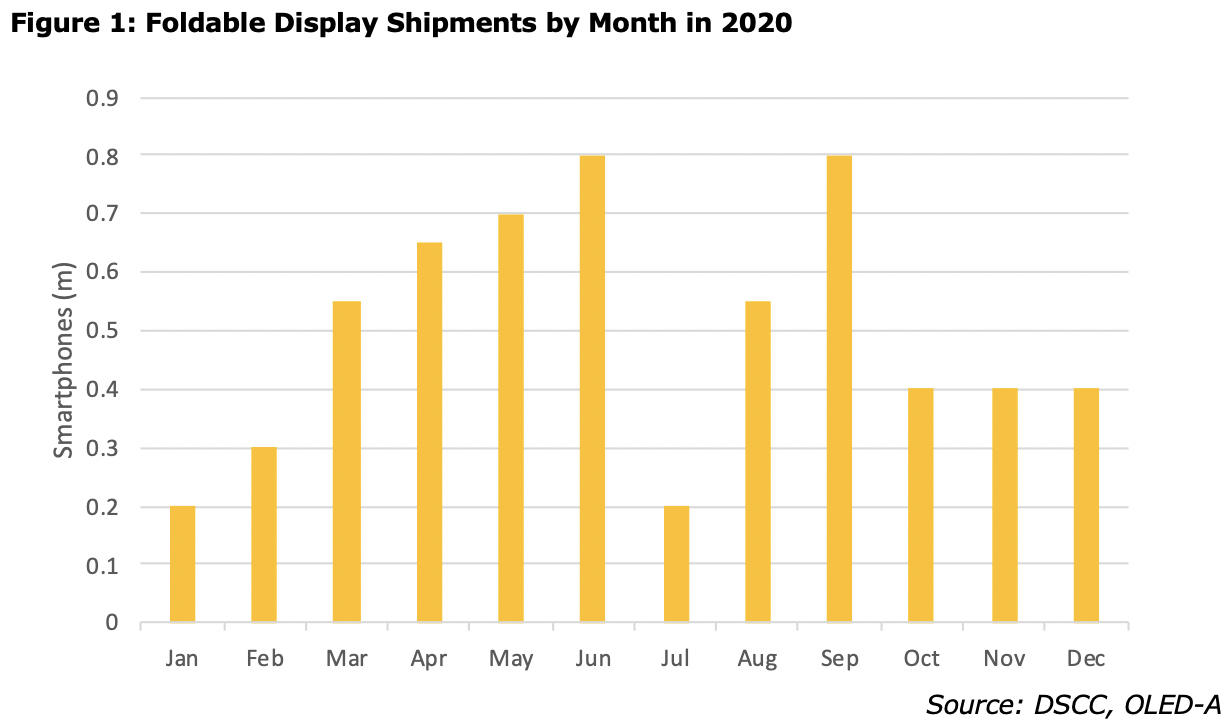 ​Royole, which started the foldable trend with the FlexPai is about to release the follow-on, which will vastly improve the design, with a hinge and thinness that removes the gap. Royale shipped less than 100,000 devices but will increase the volume significantly. 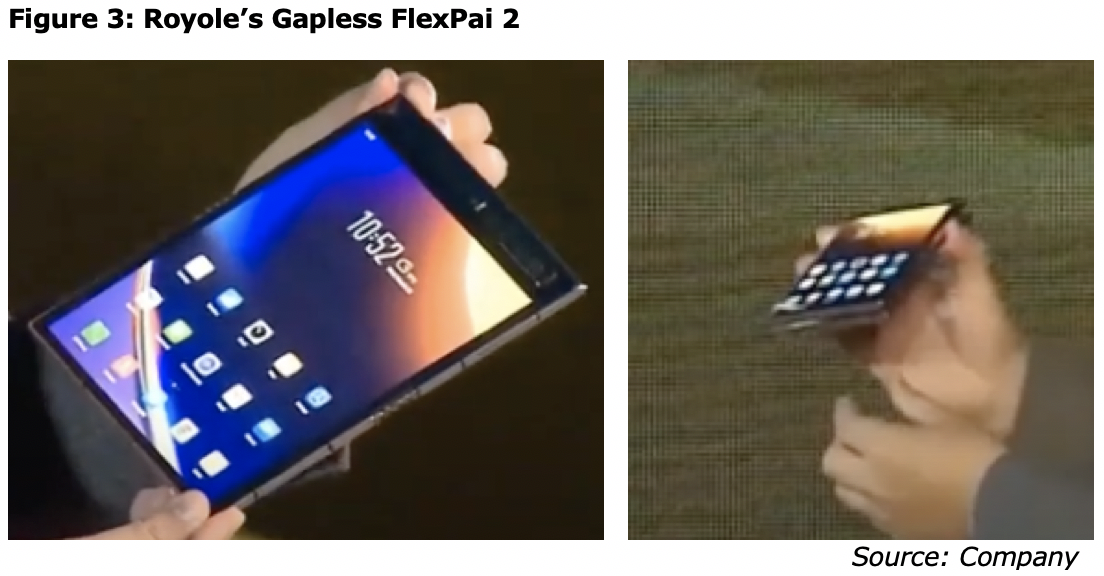