​Facebook has struck a deal to buy all of the augmented reality displays made by British firm Plessey, as they hope to build AR glasses capable of overlaying virtual objects onto the real world. The deal could give Facebook an edge over Apple, which recently looked at buying Plessey, one of the few makers of AR displays. Plessey will license its technology to Facebook and dedicate its U.K.-based factory to supplying Facebook over several years, both companies confirmed. Facebook could have tried to buy Plessey to gain access to its AR displays, but that would likely have brought intense regulatory scrutiny.  UK-based GaN-On-Si MicroLED microdisplay developer Plessey Semiconductorannounced a partnership with Facebook - in fact Plessey will dedicated all of its manufacturing operations to support Facebook with its own product development. 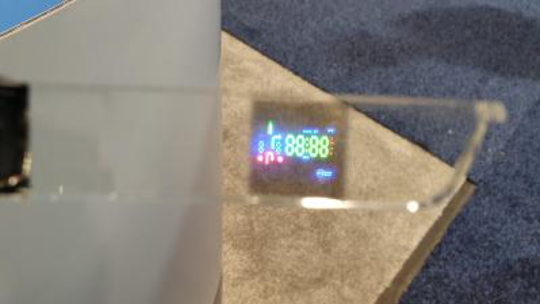 Source: Company
​
​Plessey says that its displays will be used to support Facebook's prototypes, and the company will develop new microLED technologies to future AR/VR applications. Plessey did not disclose the financial terms, but this agreement is very close to an acquisition. Plessey has been working with other companies - for example with Vuzix with whom a long-term agreement was signed - it is not clear what will happen to this agreement now. Earlier this year Plessey demonstrated its latest microLED technologies - an automotive HUD display based on Plessey's 0.7" blue monochrome MicroLED display, a native red InGaN microLED and a 0.3" sample of the company's segmented microdisplay technology. It is likely that Plessey will not further develop these segmented display now. Plessey, founded in 1917, announced that it would "dedicate" its LED manufacturing plant in Plymouth to creating new components for Facebook's AR and virtual reality (VR) hardware. Plessey's displays, which let users see digital objects layered over the physical world, will fuel Facebook's grand ambition of a future in which smartphone and computer screens "melt away" in favor of wearable lenses.