Unlike 2020 when Google decided to release just one flagship Pixel phone, the company is expected to launch two phones. 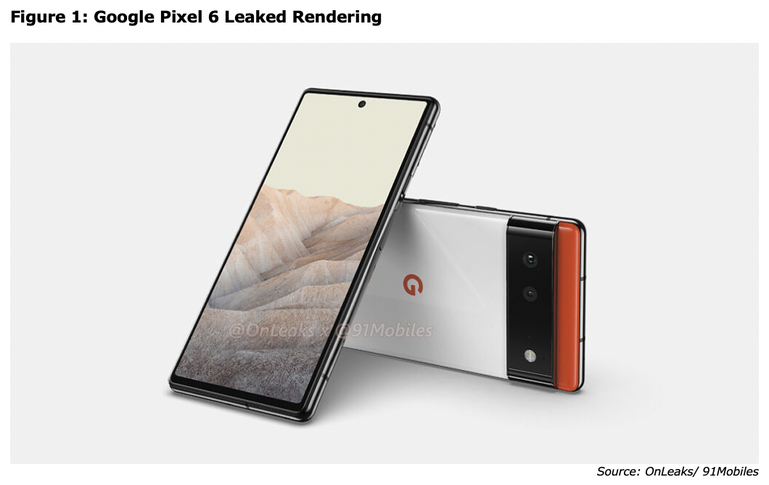 ​Google typically launches its new flagship Pixel phones in the fall. Barring the Pixel 5 that was introduced on September 30, 2020, all other Pixel smartphones have been announced in the first half of October. It is very likely that Pixel 6 series will launch in early October. Given the pandemic, the company is expected to host a virtual event to unveil the new flagships. Google has taken anywhere between a week and a fortnight after the announcement to start selling the new Pixel phones. Last year, the gap between the Pixel 5 announcement and the sale date ended up being almost a month because of the complications arising from the pandemic. sale date won’t be month-long.

Google decided to be like other smartphone makers that use Pro or Max in their smartphone monikers, and there’s a possibility that there is feature differentiation between the Pro and the non-Pro version too. 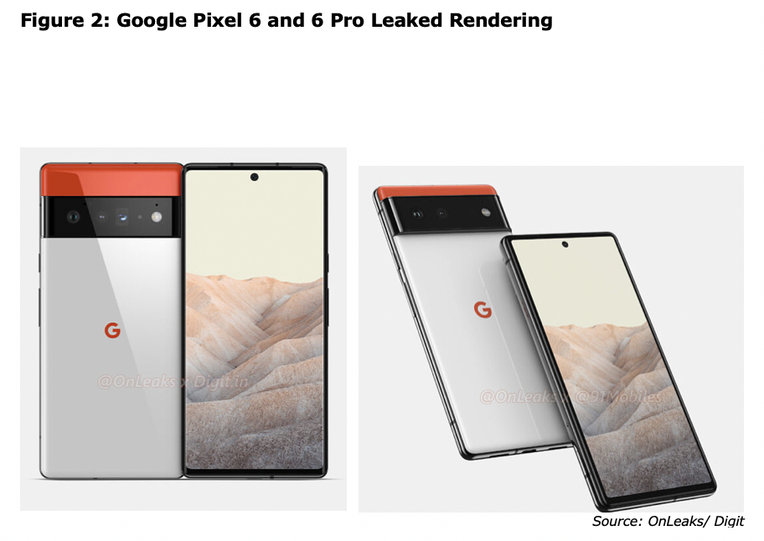 ​For storage, Google could release just one storage variant of each phone, like it did with the Pixel 5, or it could have two storage variants each like the earlier Pixel phones.  Google has dabbled in both value for money and top-of-the-line pricing in the past. Now it appears, Google will gong the premium route with the larger Pixel, and flagship-level price tag on the Pro. The leaked CAD-based renders of both Pixel 6 and Pixel 6 Pro show that Google is planning to go with a striking new design. The two phones will employ a two-tone design with a black camera bump covering the entire width of the back. The two colors on the back of the phone will be divided by this bump. The front of the phones seems in line with pretty much most Android phones. It will have a centered hole-punch cutout for the selfie camera to keep the bezels to a minimum. The exact color options are unclear but if the colors shown in the leaked renders are any indication, at least one of the options will be a white phone with orange elements. Overall, the bold design of the Pixel 6 series will certainly help it distinguish it from other Android phones on the market as many smartphone makers play it relatively safe with the designs of their phones.

Google is likely to use its own ‘GS101’ silicon in the two phones. This custom chip is code-named “Whitechapel” and the name was also spotted in a code-change submitted to the Android Open Source Project (AOSP). The chip is reportedly being made in partnership with Samsung and will use the high-end Mali-G78 GPU. It is the same GPU that powers Samsung’s Exynos variant of the Galaxy S21 phone.
Google Pixel 6 is rumored to feature a 6.4-inch flat OLED display with an in-display fingerprint sensor. Additionally, the phone will support wireless charging, and pack bottom-firing stereo speakers and USB Type-C port. It will measure roughly 158.6mm x 74.8mm x 8.9mm (11.8mm with the camera bump).

The Pixel 6 Pro will reportedly pack a 6.67-inch curved AMOLED screen with an in-display fingerprint sensor. It is also said to include dual stereo speakers, and support wireless charging, like its smaller brother. The 6 Pro will measure roughly 163.9 x 75.8 x 8.9mm (11.5mm with camera bump). Cameras have long been a key component of the Pixel lineup. While there have been some rumors about the camera specifications, the actual camera quality will only be known after the release of these two phones. The Pixel 6 is rumored to come with a dual rear camera setup with an unknown third sensor while the Pixel 6 Pro packs a triple rear camera setup, including a wide-angle shooter and periscope-style telephoto camera. The selfie camera on the Pixel 6 will support 4K video recording. The Pixel 5’s selfie camera only supports 1080p video recording at 30fps. Google is tweaking the camera algorithms to make them better at shooting diverse skin tones.

For the last couple of flagship Pixel phones, Google has been stuck at 90Hz refresh rate, bity could make a jump to 120Hz. Most flagship come with 120Hz displays, so it makes little sense for Google to provide anything lower.  While Google made a significant jump in the Pixel 5’s battery capacity, there is still room for improvement. Given that Pixel phones don’t normally come with fast charging speeds, seeing a 4,500mAh or 5,000mAh battery is expected.