Vertical Divider
Pixel 6 Could Be a Breakout Product for Google

The Google Pixel line peaked in 2019 following the relatively successful Pixel 3 and Pixel 3a releases. Since then, it’s been a downhill battle, but the internet giant hopes that its Pixel 6 line will turn things around. IDC estimates that Google shipped 7.2 million Pixel smartphones in 2019. Shipments in 2020 were down Y/Y. In a 1.4b unit market where android phones have an 85% market share, 7m is a paltry figure, although Microsoft also has a very low share of the PC market and they’ve been at for much longer.

Google has asked its Pixel 6 suppliers to prepare 50% more production capacity for the smartphones compared to the pre-pandemic level in 2019, according to two reliable sources who spoke to Nikkei Asia. The additional 50% production capacity that Google is requesting this year likely references flagship smartphone demand, not the entire Google Pixel line sales. With that in mind, Google may be looking to sell 3 million Pixel 6 units in six months.  The Pixel 4 sold 2m in its 1st 6 months.


If the 50% growth number is based on total shipment numbers for 2019 and includes the inevitable Pixel 6a model, Google could be looking to sell over 10 million Pixel smartphones in 2022, which would make it the most successful year for Pixel by a huge margin. 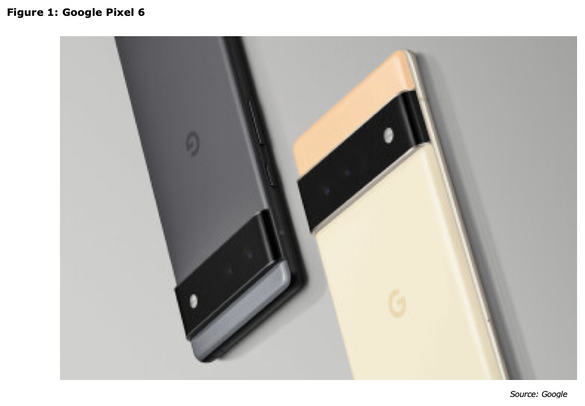 ​Nikkei Asia has been sniffing around the Google supply chain and came away with a fun pair of Google rumors.


Google optimism is based on the hyped-up "Google Tensor" SoC, Google's first self-branded main smartphone SoC. With its own SoC, Google can increase the life span of Pixel phones above the current three-year mark. Google's image-stacking camera algorithms have long made the company a leader in the smartphone camera quality wars, but it shipped essentially the same camera sensor in the Pixel 2, 3, 3a, 4, 4a, 5, and 5a. The Pixel 6 will mark the first big camera upgrade in years, and expectations are high for what Google can do with modern camera hardware. The phone will also be the first to ship with Android 12, which puts a beautiful color-changing UI front and center.