Vertical Divider
Panel Revenue and LCD ASP Change Reach Unprecedented Levels in 2020 and Q121
​
2020 LCD Monitor, Notebook and TV panel prices were outliers by almost any measure due to the pandemic. 2021 started out as if it was 2020 on steroids as shown in the next table.

​The unusual annual increase caused some unprecedented decisions by panel makers. Driven by the price increase, revenues have exploded as shown in the next figure. LGD and SDC delayed the closing of their large generation LCD fabs from the end of 2020 to the end of 2022. LCD capex, at a virtual standstill began to grow and BOE committed to a 3rd Gen 10.5 LCD fab. Even AUO and Innolux, which had been in the red for 18 months became profitable.

Prices, some of which are at Jan’14 levels, could keep increasing until June due partially to glass and DDIC constraints. July-August seems to be the key as there is a risk that demand decreases in lock step with price hikes in the US, Prices would have peaked and could enter a period of decline.

​The price rise pushed revenues to almost $35B in both Q420 and Q121, the highest quarters ever. 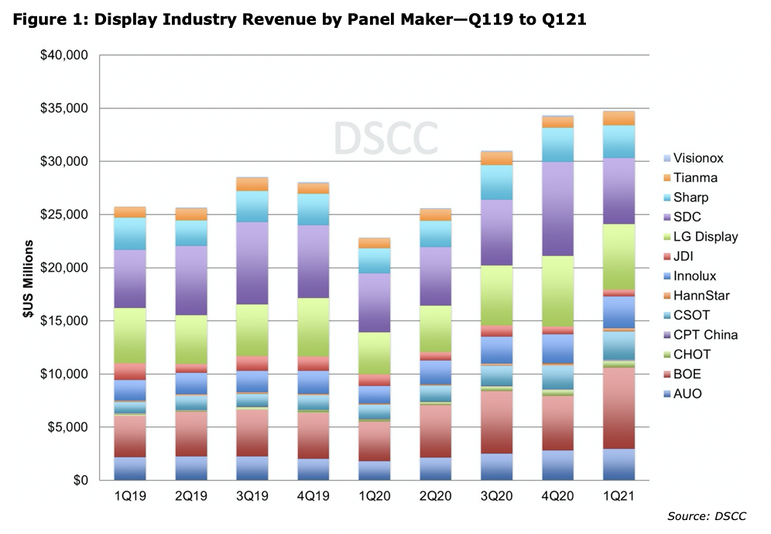 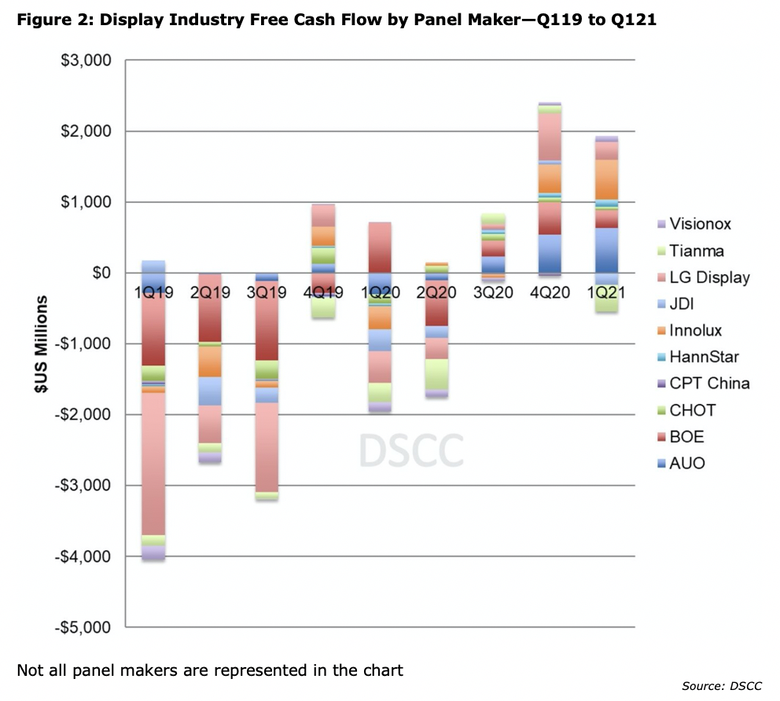 ​Based on what has occurred this year, monitor prices could increase by 5.7% in June.  Following the same metric, Notebook prices could see an increase of 3.7% in June and TV panel pricing could see a 5.2% increase.  The key question is when will ASP’s peak and if the increases are passed on to the consumer, how will demand be affected.  This question and more are covered in the next article.