In July, TV panel prices were up 6.5% as panel makers moved some TV capacity to IT products, causing TV supply to tighten. TV set makers are trying to ensure supply under their rather aggressive TV set shipment targets for the 2nd half and are building increasingly high cost inventory to meet expectations for the holiday season.  Smartphone pricing was up 2.5% Y/Y and notebook prices were also up due to expanding demand. 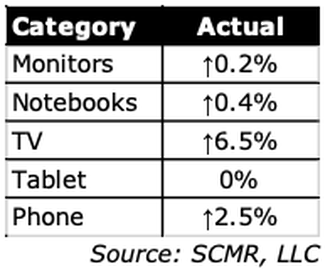 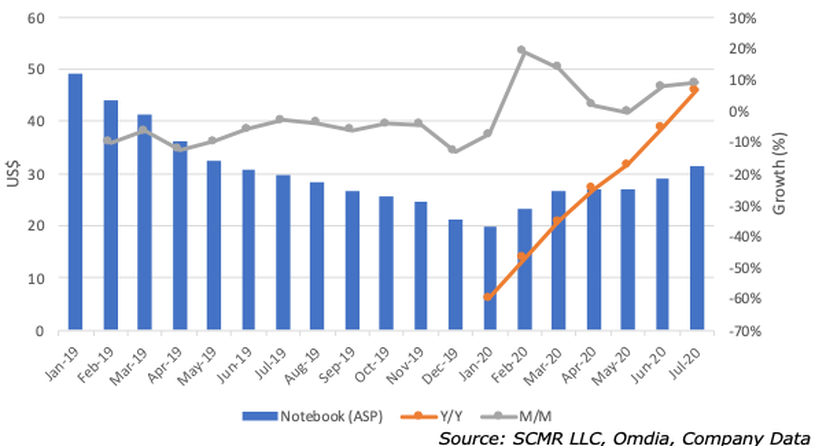 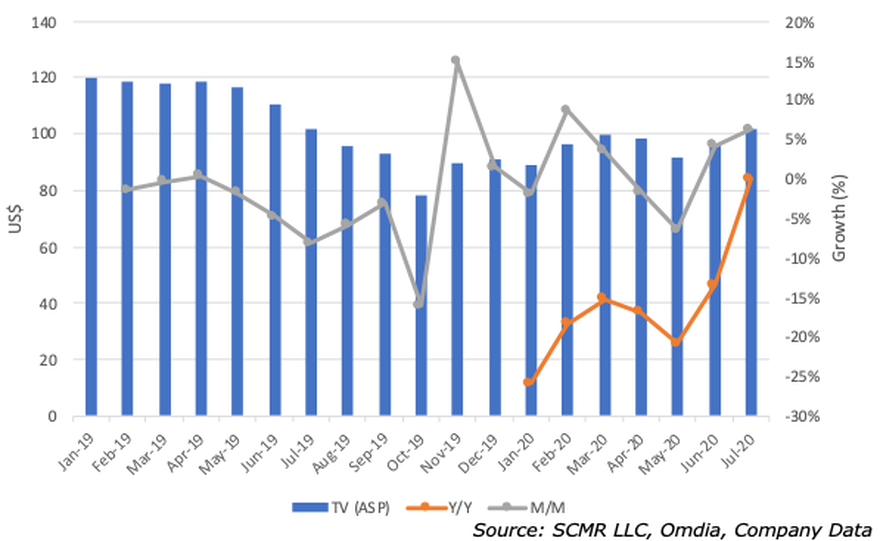 TrendForce reported that, as the pandemic stabilized in May, governments eased national lockdowns, and the U.S. government distributing stimulus payments, TV brands saw the opportunity to stimulate consumer demand by engaging in discount pricing. As TV manufacturers increased the buildup of inventories, TV panel shipments reached 64.79 million in 2Q20, a sequential increase of 0.8%.


TrendForce believes that the panel manufacturers’ production capacities have now reached maximum utilization rates, driven by the increases in panel demand and prices. Total TV panel shipment is likely to reach 67.8 million pieces in 3Q20, a 4.6% sequential increase. But TV panel shipment is still projected to show a 6.3% decrease Y/Y due to the shift in production to notebook and monitor panels. TV panel prices are likely to grow as demand increases faster than supply.