The Orbit phone is a conceptual project idealized to test new interactions and materials possibilities for the smartphone market. Until a fully transparent display is developed, the Orbit smartphone serves as a model of how OLEDs could be used. It expands on the trend of bezel-less design with a feature that makes it almost seem transparent – a camera that remains on and constantly reflects the environment behind it. Other features include a flexible OLED screen and ductile enclosure that not only give it an ergonomic bend for ergonomics but make it near-unbreakable. It has a circular, centered flash ring that’s capable of delivering variations in light intensity to create the perfect amount of flash for each photo and to apply a neat “ring flash eye effect” in the subject’s eyes. While the transparent OLED is viable, getting the rest of the electronics, including the battery to be transparent is a big stretch. 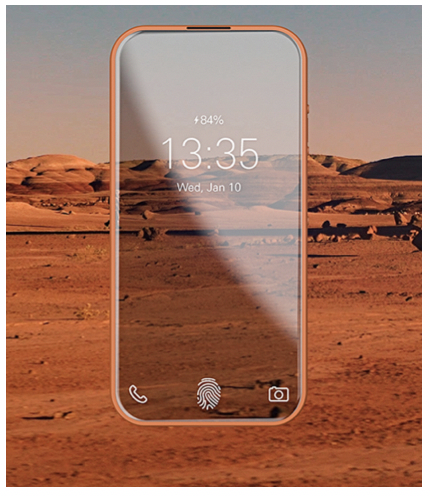 The bezel-less design was thought to bring a notion of transparency to the phone in-sync with the possibility of having one of the cameras working all the time, projecting image in the interface’s background, simulating how could it be to have a transparent phone. 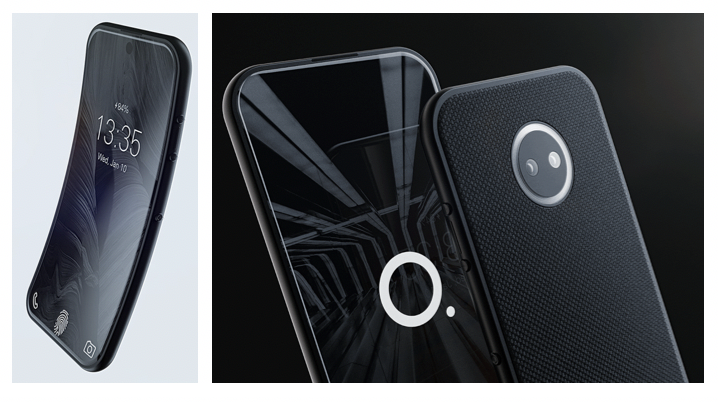 ​Source: Olivetti Divisumma 18
The phone uses a flexible OLED screen combined with a ductile enclosure to deliver a near-unbreakable smartphone to the user. A circular flash was designed to deliver variations of light intensity and to create the “ring flash eye effect” in the eyes of those being photographed. Taking advantage of the ductile material, the buttons were designed seamlessly in the enclosure. The interaction with the buttons was inspired by Olivetti Divisumma 18. In a world with no headphone jack, the next thing to eliminate is the charging port to allow phones to be thinner and lighter.

Source: Olivetti Divisumma 18
​
A fabric cover was chosen both for the phone and the wireless charger to bring a closer connection with the users, delivering a warm touch, a scratchless surface and a contemporary aesthetic that fits every personality.