The Oppo X 2021 switches between a conventional 6.7-inch screen and a mini-tablet-like 7.4-inch screen, with the former offering better portability, and the latter a better experience for videos, reading, gaming and multi-tasking. Part of the flexible OLED panel is rolled into the back of the phone, to avoid the creasing issue seen on other foldables. 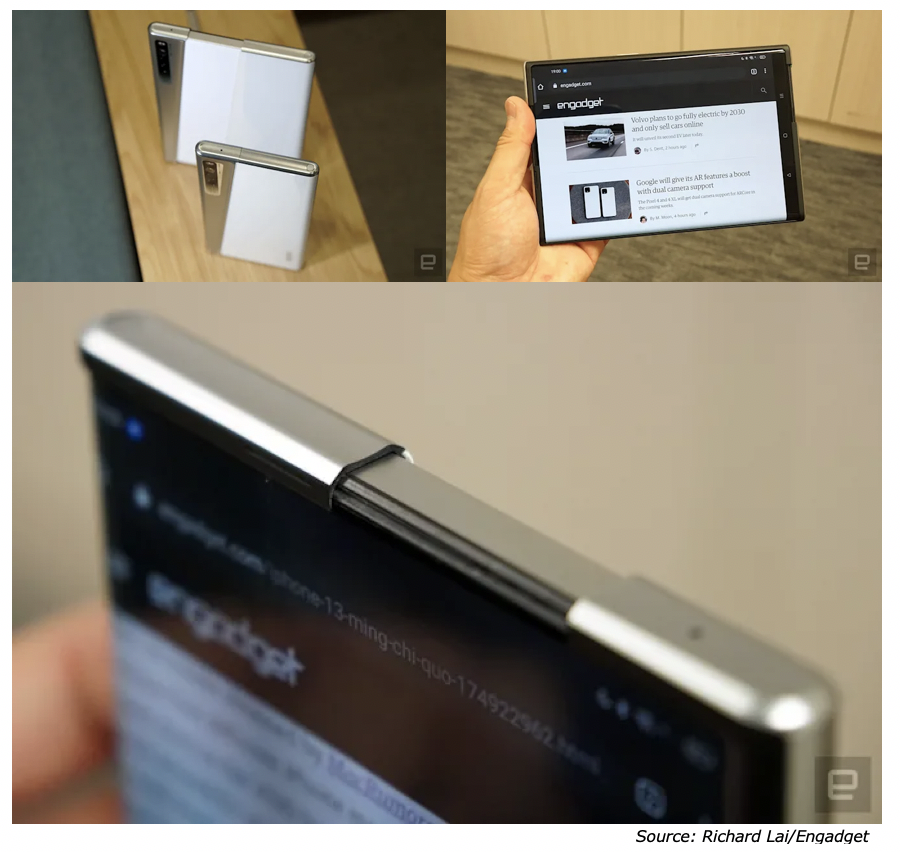 The screen rolling is toggled via the power button: a double click or swipe-up extends the screen, and another double click or swipe-down retracts it. This sliding movement is powered by two motors, which push and pull the two halves of the body. The flexible panel is fixed to the right side, before entering a gap on the left and tucked around a roller with a 6.8mm diameter.

The device has a "2-in-1 plate" comb-like sliding structure underneath, which provided a rigidness in both phone mode and tablet mode. In addition, the OLED panel itself is reinforced by a thin caterpillar track laminate consisting of steel parts, which apparently improved the overall strength while still keeping it flexible. As a concept device, the Oppo X 2021 was quite usable — at least the weight and thickness were similar to those of an LG Wing.
​
There were two small issues on the screen; 1) when expanded, a light crease was visible where the panel wrapped around the roller and 2) there was a gap on the left to conceal the rest of the flexible panel, allowing dust to accumulate  Despite the Oppo X 2021's second public appearance last month, the company still doesn't plan on mass-producing it. But as far as proof of concept goes, the rollable phone future is looking promising, save for the small kinks here and there.